With a 15.6in screen, Acer’s Aspire 5942G should weigh around 2.6kg, but it's actually a hefty 3.1kg - what we'd expect a 17in laptop to weigh. We were impressed by its battery life, though: four hours and 49 minutes, which is particularly good for a Core i3 laptop.

The built-in speakers are surprisingly good, with a rich, resonant bass, and clear mid and treble tones; even complex, busy music didn’t sound as muddy as it does on most laptop speakers. This is particularly helpful in a laptop that comes complete with a Blu-ray player and is clearly designed with home entertainment in mind. The screen isn’t exactly ideal, though – the glossy display has a resolution of just 1,366x768, so you won't see all the detail in a 1080p Blu-ray movie.

In an attempt to make the display more cinematic, Acer's 'CineBoost Colour Engine' is intended to make movies look more vibrant. In practice, it just makes everything look oversaturated. We also noticed some strobing effects in some of our static test images when it was enabled. In general, the display itself is bright and clear and we preferred to use it with CineBoost disabled.

There are three USB ports, one combined USB/eSATA port, a mini-FireWire port, VGA and HDMI outputs. You'll also find Gigabit Ethernet and three 3.5mm stereo outputs which can be used to output analogue 5.1 surround sound to a compatible HiFi system.

The keyboard's wide, flat keys and generous spacebar make typing easy, and Acer hasn’t taken up any extra space to force a numeric keypad in. To the right is a multimedia control panel that looks vaguely like something out of an ‘80s sci-fi movie.

While many of the more expensive laptops we’ve seen have focused on sheer processor power, the Aspire instead has a range of very desirable features, including the aforementioned Blu-ray drive, a dual-band 802.11n WiFi, Bluetooth and a whopping 640GB hard disk. The 5942G's overall score of 76 in our benchmark tests reflects the slower Core i3 processor (we'd expect a Core i5 at this price) but a Call of Duty 4 frame rate of 38.8fps at 1,280x768 indicates that you’ll be able to play 3D games on it.

The 5942G is clearly aimed at those after an entertainment laptop, and the high price is to some extent justified by the Blu-ray drive and large hard disk. However, a 15.6in screen with a resolution of 1,366x768 isn't quite as good as we'd want at this price - a 17in 1080p screen would have been a much better match. As it is, the 5942G feels overpriced, and won't necessarily appeal to audience Acer hopes it will. 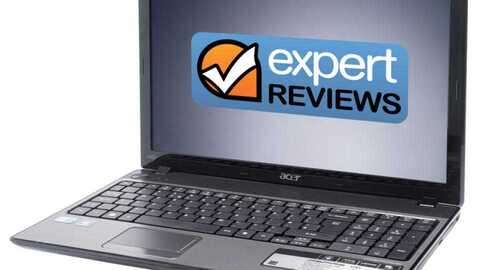 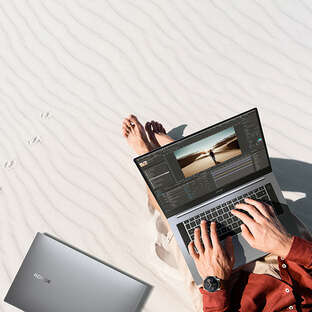 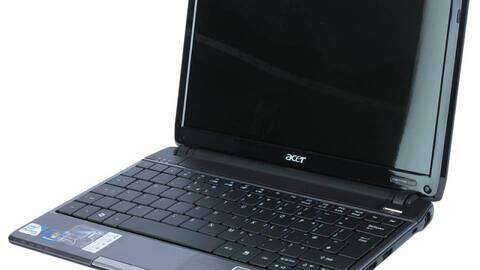