Asus ROG Phone review: An expensive way of showing off your gaming credentials

You may think ROG is a ridiculous name for a phone, especially if you were raised on Trap Door, like me . It only gets slightly less ridiculous when you realise that ROG stands for Republic of Gamers and, no, that isn’t a state that’s officially recognised by the United Nations.

Rather, it’s Asus’ Gaming brand, and the ROG phone is the first time it’s extended that to the mobile phone space. Here, you’re looking at the same specifications you can get in literally dozens of other smartphones with a few nice-to-have extras and the kind of design that gamers supposedly go for. All that for £800. Don’t all queue up at once. 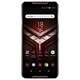 Asus ROG Phone: What you need to know Image 2 of 12

That means top of the range specifications but nothing to really make it stand out in what is a hugely crowded field. The slightly overclocked Qualcomm Snapdragon 845 powering the device was, until recently, the fastest Android chip out there, but the 855 – soon to be seen powering the American Samsung Galaxy S10 – now has it beat. That processor is backed up by 8GB RAM, like you can get on the OnePlus 6T. So what makes it a gaming phone? Mainly, it’s the 90Hz screen, which means games games can potentially run at higher frame rates than on the majority of phones (which have 60Hz refresh rates), but otherwise, it’s mainly snake oil. There’s an “X Mode” that’s supposed to give you a performance boost, some genuinely clever software tweaks, “air trigger” shoulder buttons, and a clip on fan to cool down the device under heavy load.

At £800, that makes the Asus ROG Phone a tough sell. It is, after all, a mere £100 cheaper than the Huawei Mate 20 Pro with its brilliant triple-camera array and outstanding performance. It costs £50 more than an iPhone XR , where the Apple A12 Bionic chip comfortably beats the Snapdragon 845 for performance. In the gaming space, there’s also the Razer Phone 2 (£779), which has the same chip, and whose display has an even higher 120Hz refresh rate. The Xiaomi Black Shark goes for £439 , and comes bundled with an Bluetooth controller add-on, too. If you only want a Snapdragon 845 and see gaming as part of a wider package, then both the OnePlus 6T and Pocophone F1 are great choices, and sell for £499 and £329 respectively.

The design is one area where the Asus ROG Phone has to be praised, if only for doing things a little differently. Granted, it won’t be to everyone’s tastes but it does at least stand out from the crowd. The 6in device doesn’t have much by way of bezels at the side but is topped and tailed by a black bar either end, and doesn’t have a notch. In perfect symmetry, two thin speaker grilles flank the screen at the top and bottom, surrounded by a copper-coloured outline. Flip it over and you can see that Asus is embracing the vibe that gaming laptops stick rigidly to. There are sharp lines traced across it and both the fingerprint reader and camera array are shaped like a (non-matching) misshapen hexagon. Jutting out from the right-hand side is a quadrilateral indent housing another couple of speaker grilles. In the centre is a Republic of Gamers logo which – I kid you not – lights up different colours when the ROG Phone is in its mysterious X Mode. I told you it was distinctive. The phone has a USB Type-C port at the bottom, offset to the left and a headphone jack on the other side. There’s also another USB Type-C port on the left-hand edge of the phone but Asus warns you not to plug a charger directly into this, as it’s only for the clip-on fan attachment in the box. In another nice touch, you can also plug both a charger and headphones in to the fan accessory. I can’t say the phone’s design is entirely to my tastes but I’m clearly so far from the “extreme gamer” demographic that my view here is almost worthless. You’ll know if you like it, I guess, and you can at least say this is a handset that stands out from the crowd. Even the packaging it comes in is wears its gaming heart on its sleeve: a large hexagonal display box that unfolds to reveal the phone and its accessories and the phone makes a loud sabre-slashing noise on startup that has made my colleagues jump on a number of occasions. So it offers extra entertainment value, even if you’re not a gamer.

That’s all a matter of taste, though, and the good news is that there’s nothing wrong with the phone’s 6in AMOLED screen – though you’ll probably want to avoid the vibrant mode which is a touch too garish for my tastes. The more muted tones of standard mode, where it covers 86.1% of the sRGB spectrum is preferable. Because it uses an AMOLED display, contrast is perfect and it reaches a solid 448cd/m2 peak brightness, which is fine but nothing out of the ordinary. Those aren’t the most interesting aspects of this display, however. Nor is its resolution, which at 1,080 x 2,160 is fairly bog standard – although, I must stress, still perfectly adequate. No, what’s most interesting is 1ms grey to grey response time and 90Hz refresh rate. The last of these makes it slightly weaker than the Razer Phone 2 with its 120Hz screen. You can find a full list of Android games that support above 60Hz on the Razer website .

While the Asus ROG Phone has the familiar Snapdragon 845 processor onboard, it has tweaked it a little. Using a process known as speed-binning, Asus claims to have clocked the processor to “sustained clock speeds of up to an incredible 2.96GHz”. For reference, the Snapdragon 845 usually runs at up to 2.8GHz so you’re looking at a 160MHz increase. If you’re sceptical about how much of an improvement this can provide, then you’re absolutely right to be, you old cynic. It’s not that the ROG Phone isn’t lightning fast: of course it is. It’s just no faster than its (usually cheaper) rivals. The graph below shows you what I mean:

Those are fine scores, but almost identical to the rest – aside from, awkwardly, the £50 cheaper iPhone XR. When I ran Geekbench 4, the OS suggested I apply the X Mode ( which clears RAM and optimises game-data processing performance ) for a performance boost. I did, and it added a mere six points on the single-core test and 61 to the multi-core improvements that are well within margin of error territory. It’s the same kind of story with graphical performance. At a glance, the higher refresh rate actually makes the ROG Phone look like a better bet than its rivals:

Of course, while it’s technically better, this won’t have much impact in the real world. Mostly because most games tend to be capped to 60fps, but more importantly because these benchmarks are far more intensive than the majority of games you actually find on the Google Play store. In other words the ROG Phone is just as fast as any 2018 flagship, but with a better screen that most apps won’t take advantage of. Just to be sure though, I set up Gamebench on the ROG Phone and put it through its paces on PUBG Mobile and Shadowgun Legends. The long and short of testing these very demanding games is you don’t really get the benefit of that 90Hz refresh rate, but it’s a perfectly good performer.

A more intensive graphical assault course is Shadowgun Legends: a fairly run-of-the-mill freemium FPS which also happens to be beautiful to look at. This doesn’t cap frame rates, which makes it more of an interesting case study.

With the frame rate set to unlimited, performance ranged between 36fps and 89fps with a median of 59fps, and a stability of 74%. For context, the graph below shows the results from the Shadowgun Legends test on a Huawei Mate 20 Pro, which employs a Kirin 980 and a standard 60Hz display. The median frame rate is lower at 55fps but not by much.

So yes: the ROG Phone is a good gaming phone and, yes, potentially can peak at up to 90fps but overall? It isn’t necessarily much better than non-gaming handsets. Essentially, you have to have a game that supports the frame rate and that isn’t particularly demanding to make the most of it. That’s a lot of caveats. There are some improvements to usability during gaming, though. The first is to note that these game benchmarks made the phone run hot, and the clip-on fan genuinely did cool it down in use. It’s a bit fiddly to clip on, and somewhat unnecessary, but it is one advantage, all the same. With some phones performance can slow as temperatures rise. More importantly, Asus has clearly given a bit of thought to what gamers want, and it’s come up with two helpful software tools: a floating menu that gives a access to stats such as CPU temperature, CPU load and more; and the ability to livestream to Twitch using the front camera for picture-in-picture of you playing it.

Thirteen hours and nine minutes is fine: you should still get a whole day out of it, just about, but this is still a phone you’ll be plugging in every night, especially if you use it for its advertised gaming purposes.

As with most smartphones nowadays, the Asus ROG Phone isn’t content with just a single rear camera. It has two: a 12-megapixel, f/1.8 primary camera supported by a wide-angle 8-megapixel snapper. Picture quality is pretty good in bright, outdoor conditions, as you can see from the accompanying samples – but then you’d expect that in a phone that sells for £800. The question is how it compares against similarly-priced handsets.

First up, here it is against the Razer Phone 2 – another gaming handset. Even at this level of magnification, it’s a pretty close call. Both lose detail in different places with the ROG Phone lacking on the white pattern above the window, and the Razer turning the red brickwork into a smudge-fest. Call it a tie.

In low light conditions, the ROG Phone suffers quite a bit. While the Razer model keeps sharp detail and smooth edges, the ROG Phone produces an image where – zoomed in – everything gets quite grainy and soft.

But the real kicker comes, when you compare it with other phones of a similar price that don’t put gaming above all else. Here’s the ROG Phone against the £899 Huawei Mate 20 Pro:

On one level, this isn’t a fair comparison at all: the Mate 20 Pro has a triple-lens camera array with a 40-megapixel main camera, a wide-angle and telephoto camera. But hey: nobody forced Asus to price the ROG Phone at a similar level...

That’s essentially my main problem with the Asus ROG Phone. On many levels it’s a hugely impressive product. It runs beautifully, the gaming improvements are well thought out and it has a great screen, albeit one that’s a little on the small side. But at £800, it invites comparisons with rivals it can’t match in the camera department. More damningly, despite its enhanced Snapdragon 845 processor, performance isn’t that much better than other devices with unmodified versions and, while the high-refresh rate display promises higher frame rates and better response times, the number of games that supports the display and the Snapdragon 845 can run at those frame rates, is pretty small. When you can get a Pocophone F1 for £329 or a OnePlus 6T for £499, I simply can’t see why anyone would spend over £800 on a ROG Phone, whether gaming is your life or not. 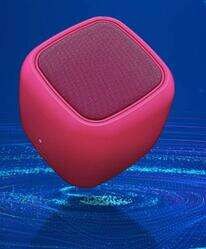 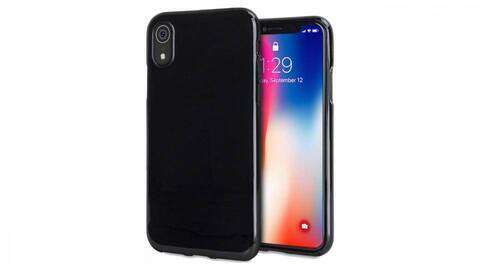