The iPhone 6S and iPhone 6S Plus have officially arrived. It might not seem like it if you didn't pre-order your handset in advance, as several retailers have already sold out of their initial stock, resulting in an additional two week waiting period depending on where you buy.

In a way, though, waiting is no bad thing, as it's good to have some time to shop around for the best deal. With that in mind, I've been scouring the internet to find you the best prices on each handset.

As well as contracts from EE, O2, Vodafone, Three and Carphone Warehouse, I've also found the best SIM-free prices in case you've already got a contract but want to carry it over to a brand-new handset.

I've concentrated on deals for the 64GB version of each handset, as I feel 16GB just doesn't provide enough space for your apps, games and media files. I was hoping Apple would finally introduce a 32GB entry-level version with the iPhone 6S and 6S Plus, but unfortunately it chose to stick with its old 16GB, 64GB and 128GB models instead. Of course, contracts and SIM-only prices will be cheaper for the 16GB iPhone 6S and 6S Plus, but when neither phone has a microSD card slot, there's no opportunity to upgrade your phone's storage further down the line. This means you're more likely to run out of room faster, particularly if you like to take lots of photos and videos. If don't want to worry about storage at all, then I'd recommend going for the 128GB version, but this will be much more expensive.

GiffGaff also sells the iPhone 6S and iPhone 6S Plus SIM-free for the same prices listed above. However, if you don't want to pay so much upfront, GiffGaff also offer some great monthly deals as well, letting you choose between paying £25, £50, £100 or £200 upfront, and then a monthly sum thereafter on top of your chosen goodybag SIM for 24 months. This adds up to quite a lot each month, but it's still roughly £10 less than what you'd be paying on a network-based contract. Admittedly, most of their deals are sold out at the moment, but I've picked out the following tariffs which I think offer the best value for money. 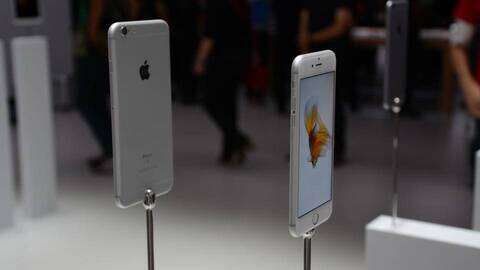 Vodafone has some of the most expensive contracts out of the four main networks, but you do get lots of handy extras thrown in to make up for it. For instance, choose one of Vodafone's Red Value plans and you'll get a free subscription to either NowTV, Sky Sports Mobile, Netflix or Spotify Premium for at least six months of your contract. You'll then have to pay for each service after this period if you want to carry on using it, but other Red Value plans give you your chosen service for the entire length of your contract, giving you even better value for money. On top of this, all Red Value customers get Vodafone's EuroTraveller service and unlimited calls and texts.

For those that don't want any extras, Vodafone's standard Red plans just give you unlimited calls and texts. These are available on a wide variety of data tariffs, and some even work out cheaper than Red Value plans with lower data limits (see below). There are also Standard plans for those who don't use much data at all, but we'd recommend taking a Vodafone data test drive (which gives you unlimited data for three months) before you commit to one of these plans, as you may end up using more data than you think once you've got the phone in your hand.

EE's deals are also more expensive than other networks, but you do get EE's double-speed 4G on all of its 4GEE Extra plans, as well as inclusive EU roaming, allowing you to use your minutes and texts for free when you go away on holiday in Europe. This doesn't include your data sadly, but it's still a useful extra nonetheless. You also get free Wi-Fi access on the London Underground, Wi-Fi calling when you don't have any signal indoors, and you can upgrade your phone three months early before the end of your new contract. To get the best deals for the iPhone 6S, you'll have to pay more upfront compared to other networks, but it does mean you'll often pay less each month.

If being able to use your phone abroad is important to you, you'll want to consider one of Three's iPhone 6S contracts, as its Feel at Home service is available in 18 countries around the world. This lets you use your phone's calls, minutes and data overseas for no extra cost - giving it an advantage over EE's roaming plans. Three also lets you call 0800 numbers for free and its Three in Touch service allows you to make calls and send messages over your home network if you have poor indoor reception.

Admittedly, Three doesn't have quite as many options as other networks, but at least it keeps things simple, with each data plan separated by an extra £2-per-month. Three also has an all-you-can-eat data plan for the iPhone 6S available for £56-per-month with an upfront cost of £99, but this takes the total cost of ownership up to £1,443 over two years, making it almost £100 more expensive than O2's generous 20GB deals. For those that don't need quite so much data, here are the best deals for each 64GB handset:

O2 customers also get various perks, including the company's Priority service, and you can also upgrade your phone to another model at any time during your contract with O2 Refresh. O2 Recycle also lets you sell your old phone and put the money toward a new phone, which should help take the edge of its huge contract prices. 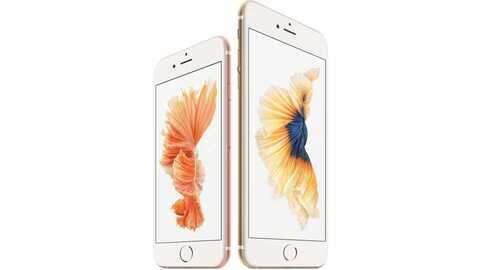 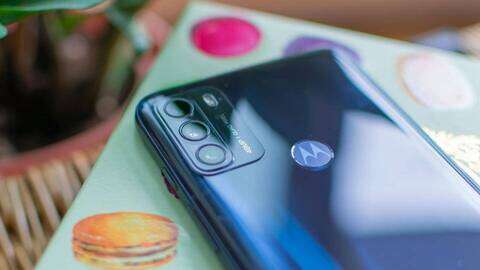 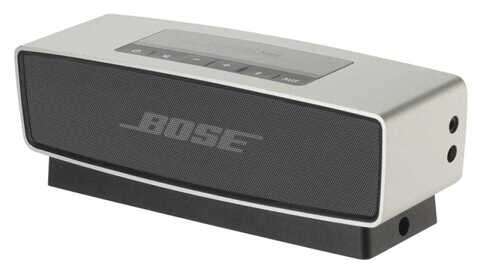