Canon’s EOS M range of compact system cameras (CSCs) had a shaky start in life, but the Canon EOS M5 proved these little cameras were ready for the big league. The M5 is a bit of an extravagance, though, costing £1,000 body only or £1,300 with its 18-150mm kit lens. With the two-year-old Canon EOS M3 still available for around £440 that leaves a mid-price gap in the line-up, which the Canon EOS M6 is here to plug. However, £839 is still a big expense and this camera needs to work hard to compete with the Panasonic G80 , Sony a6300 and Fujifilm X-T20.

The key difference compared with the M5 is the lack of a viewfinder. This means the M6 looks more like a chunky compact than a slim SLR. It still has a decent-sized handgrip, though, and along with the rubber texture and contoured shape on the back it’s surprisingly comfortable for such a small camera.

It has a tilting screen, which isn't uncommon at this price, but it’s welcome nonetheless, allowing you to shoot from high or low angles, or brace your elbows against your hips for added stability. The pop-up flash tilts upwards, so you can bounce light off the ceiling to avoid harsh shadows; a Guide Number (GN) of 5 meters means its output is pretty feeble, though. I also found my left hand often masked the autofocus assist lamp.

If you’re struggling to decide whether you need a viewfinder, it’s worth noting that Canon sells an add-on unit (part name EVF-DC2) for £219. It sits in the camera’s hotshoe and buying both the M6 and EVF-DC2 works out a little cheaper than buying an M5. It also means you can choose to leave it behind when you want to travel light.

Otherwise, the two cameras are pretty similar, with the same layout of buttons and a tilting touchscreen on the back. The EOS M6’s 3in screen is a little smaller than the M5’s 3.2in screen but it’s not a serious drawback and Canon still finds room for five rotary controls. There’s a general-purpose wheel on the back for adjusting the currently selected parameter plus a further four dials on the top. One sets the exposure mode, another is dedicated to exposure compensation while front and rear command dials provide direct access to exposure settings. 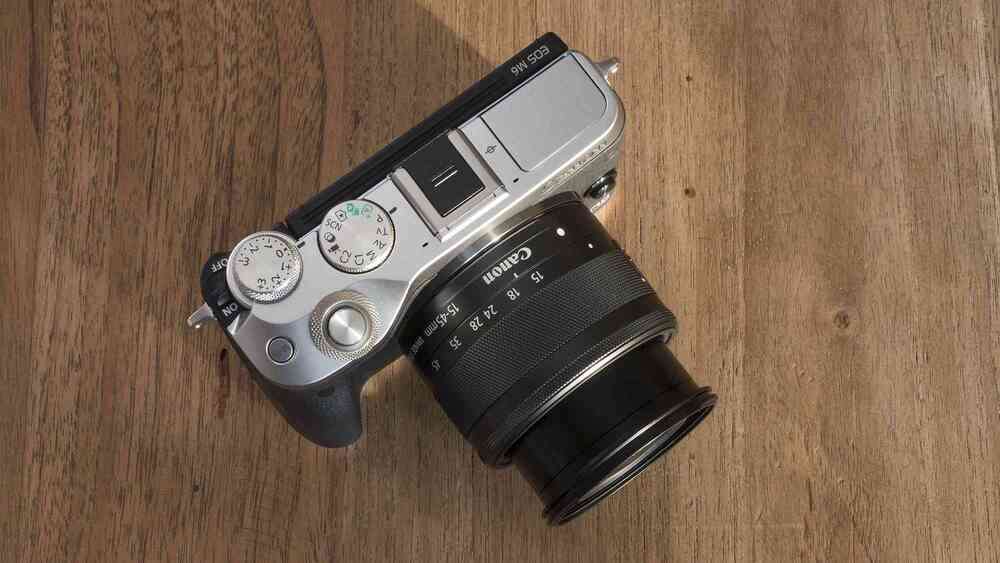 It’s rare to have so many dials on such a petite camera, and their chunky metal construction gives the impression of an upmarket camera that’s built to last. The rear command dial is assigned to ISO speed by default, which I found useful, but I also found that it was susceptible to the occasional accidental nudge. Switching from Auto ISO to 25600 resulted in some extremely grainy photos before I noticed what had happened.

It’s rare to have so many dials on such a petite camera and their chunky, metal construction gives the impression of an upmarket camera that’s built to last. The rear command dial is assigned to ISO speed by default, which I found useful, but I also found that it was susceptible to the occasional accidental nudge. Switching from Auto ISO to 25600 resulted in some extremely grainy photos before I noticed what had happened.

There’s also a customisable M-Fn button and the Delete button can be assigned additional duties during capture — white balance and drive mode are the obvious candidates. Assigning drive mode gave access to burst settings but not the self-timer or bracketing, for which I had to visit the Q menu and main menu respectively. At least the touchscreen makes light work of navigating the Q menu.

The M6 continues the EOS system’s tradition of making manual white balance calibration needlessly convoluted. Where most cameras take perhaps two or three button pushes while aiming the camera at a grey subject, the M6 requires you to capture photos of a grey subject and then navigate to the sixth tab in the main menu to locate the Manual WB function. This feature is likely to see regular use so it’s bizarre it’s tucked away past obscure settings such as lens aberration correction and manual focus peaking options.

Another frustration is the inability to customise the behaviour of the Auto ISO mode. Picking an ISO speed is a complex balancing act between avoiding noise, camera shake and motion blur, and the amount of available light, subject motion, camera motion and the lens’s focal length must all be weighed up. The M6 usually made intelligent decisions but not always. The slowest shutter speed in low light was 1/40sec, which is sensible for shots at the long end of the kit lens' zoom but faster than is necessary for a wide-angle shot in low light. 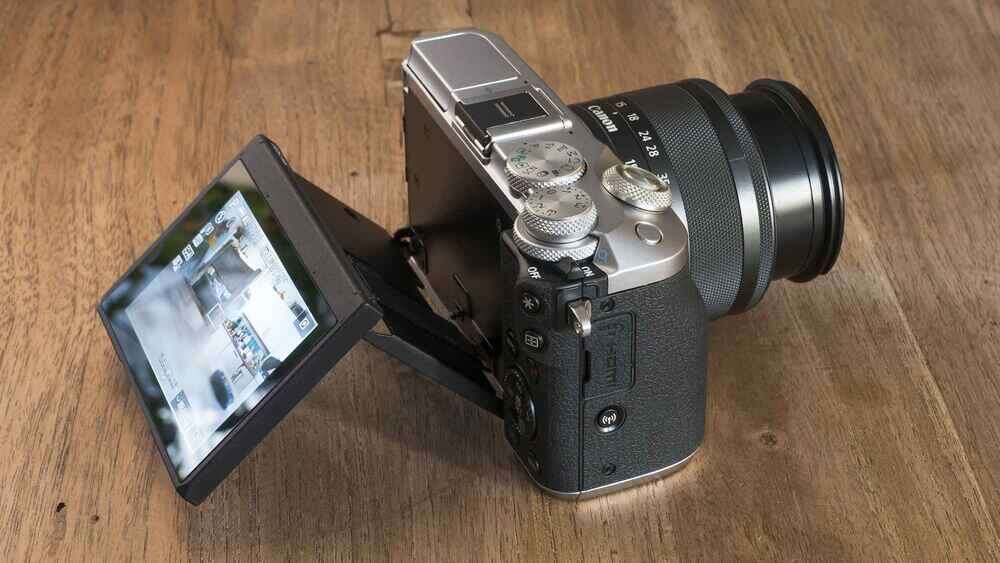 The camera was often thrown by me raising it and quickly taking a shot when it picked fast shutter and ISO speeds to avoid blur due to camera shake. I found I needed to hold the camera steady for at least a second to reassure it I wasn’t shaking around. I saw similar behaviour from the M5. The ISO speed was limited to 1600 in this scenario so the results were still usable but noise was higher than it needed to be.

Wi-Fi, NFC and Bluetooth are all built in for remote control and wireless transfers. Bluetooth allows a smartphone to be used as a simple wireless trigger for capturing photos or for advancing from one shot to the next during playback, which is handy for slideshows over HDMI. The Bluetooth connection also configures the Wi-Fi connection automatically for Android devices, which saves a lot of messing around with network passwords. The remote viewfinder app includes touchscreen-powered control over the autofocus point plus access to exposure-related settings. Bizarrely, though, the camera’s own controls are locked while it’s being operated via the app.

Inside, the M6 and M5 are all but identical and that’s borne out in their performance. The 295-shot battery life is on the low side and additional batteries are pricey at £45. It's a little slow to turn on and shoot (1.5 seconds), but subsequent shots are only 0.5 seconds apart. Burst shooting runs at 9fps and lasts for 29 JPEGs or 16 RAW frames before slowing to the speed of the card. This is largely in line with rival compact system cameras (CSCs) and faster than the pricier Canon EOS 80D SLR. Burst shooting with continuous autofocus reached 6.9fps in my tests. 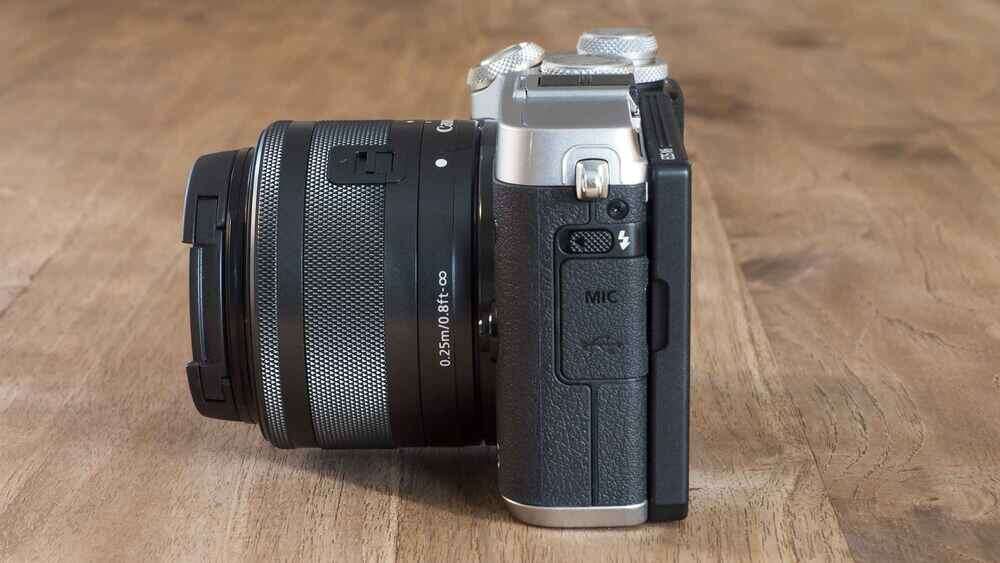 The EOS M6’s 24-megapixel sensor employ's Canon’s Dual Pixel technology to help the autofocus system jump to the correct focus position directly rather than have to hunt back and forth until it achieves sharp focus. The older, cheaper EOS M3 lacks this feature and took 2.2 seconds between shots, so Dual Pixel is clearly playing an important role here.

If you use the touchscreen to select an area of the frame to focus on you get a choice of either a small or even smaller area. This sometimes didn’t give the camera enough to work with and, on a couple of occasions when shooting indistinct subjects in low light, it repeatedly failed to focus. I’d forgive the occasional focus misfire but recurring problems with a particular shot are quite frustrating. 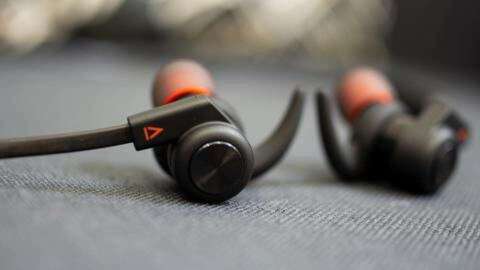 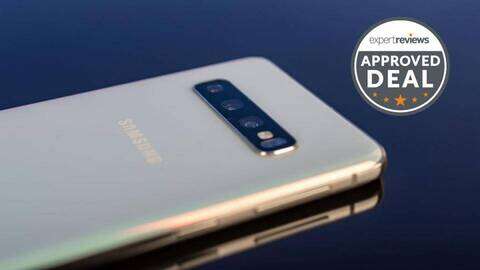 Get a free Galaxy Watch Active...