Diary of a fat man: Zombies, Run! (the undead are good for you)

Sometimes you don’t know what you need until you find it. Luckily, Zombies, Run! appears to be exactly the right tool for me .

I have spent the last four weeks running 5 km three times a week. My first checkpoint in my fight to regaining fitness was to be able to complete this distance in under 25 minutes . The reason for this is two fold, it makes for a nice 5 min/km time, and the machines at my gym cut off after 25 minutes. 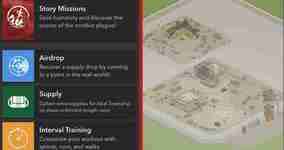 But I was always just outside this, goal. Yes, I was inching down seconds at a time, but before trying Zombies, Run! I was still 70 seconds or so off my target .

Zombies, Run! is a mix of training app and game that tracks your running pace while also playing you what could best be described as a zombie based radio play. During your run the story adds context and introduces “play” to your excursions, with the aim of inspiring you to move faster.

The main focus of Zombies, Run! is a number of story “seasons” each with various missions. If you exhaust these, other options like Airdrop and Race are on hand to keep you busy – but I jumped straight into the main game. 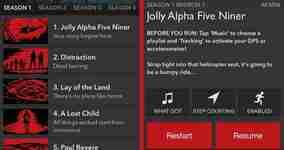 Before starting I was asked to toggle a few options, where I wanted to source my music (my iTunes playlist) , if I wanted to judge my distance by position or motion (I was on a treadmill so motion) , and whether I wanted zombie encounters turned on (where occasionally I would be randomly chased by hordes). Setting this was  incredibly easy, and after turning on zombie encounters I declared to myself “Zombies, RUN” and hit play.

Starting to run I was treated to a story set up that had me in a military helicopter that was quickly shot down by unknown parties. In contact with a near by settlement I began receiving instruction to start running. With the sound of the shambling zombies in my ears I started to move as the settlement’s radio station kicked in, which is when I discovered that there are few things than make me happier than hearing Taylor Swift’s Shake it Off kicking in over the sound of the groaning undead.

In truth, I have never enjoyed running, but Zombies, Run! managed to take my mind off the monotony I usually feel just listening to music. With the simple addition of a little context to my efforts I felt invigorated with each new piece of story. With this alone I may have made the 5 km distance in 25 minutes, but the random zombie encounters that encourage bursts of speed further helped.

Oddly, I never out ran an attacking horde despite maxing out the treadmill at 16 km/h . But while I remain uncertain of how to outpace the pack, these sprints surreptitiously encouraged a kind of interval training that I wouldn’t usually employ. The result was a time of 24:27, my fastest time by far in over a year . True, in part this is down to my recent training, but I can’t help but attribute the 33 seconds I came in under my target time to Zombies, Run!

Of course, if you have zero interest in the theme I can’t imagine it helping you. But if you run and like zombie movies, games, or fiction, this is one tool that could really aid and encourage your routine. It is already inspiring me to more and further longer, so I intend to stick with it .

Diary of a fat man: MyFitnessPal (the training wheels are off)

Diary of a fat man – Part 2 of the Noom chronicles 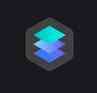 Learn to be a better photographer... 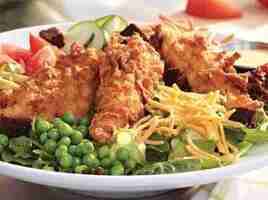