In early 2016, we reviewed the Galaxy S5 Neo. At the time, it was a fantastic phone – it had a fantastic camera, great battery life and an incredible display. But, a lot has changed since then – it has now been surpassed by the incredible Motorola Moto G6 , which in many ways more than one, outclasses the S5 Neo and is cheaper, too. 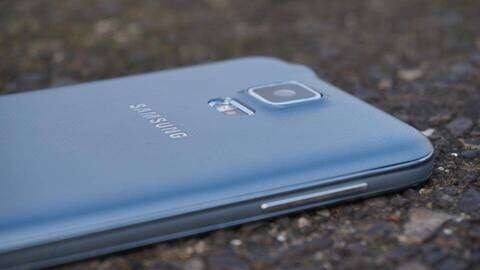 For a while, we thought the Galaxy S Neo line would be refreshed, but since, it seems that Samsung has stuck the A- and J-series phones in the mid-range and budget category, respectively. There's no place for a Neo anymore.

Now if you had an S5 Neo, and wondered how it faired at the time, we've left Katharine's original review, below.

READ NEXT: Best budget smartphones – our pick of the best

There was much complaint in some quarters when Samsung moved its Galaxy range of phones to a sealed-body design. So rejoice lovers of removable storage and user-replaceable batteries for the company has launched a new Galaxy phone with both features. Well not quite, it would be fairer to say that Samsung has relaunched a phone with both those features, for this is the second-coming of the Galaxy S5, the Samsung Galaxy S5 Neo.

Now the S5 wasn't really the messiah of smartphones and we're not making any Matrix references here either. Instead it was a well-received handset but largely unremarkable update in the popular flagship series and one that many are still using to this day.

The Galaxy S3 received the Neo treatment back in 2014. It's not exactly the same phone, and if you can find one it's not hugely cheaper than the original handset either. What Samsung is really doing here is extending the life of its S5 with this minor remix.

The Galaxy S5 Neo is still reasonably priced, though, costing just £300 SIM-free. However, at a time when the Nexus 5X costs exactly the same amount, not to mention the Galaxy S6's current price of £380 SIM-free, the S5 Neo faces some pretty tough competition.

What's more, now that Samsung's made a more or less complete transition to metal chassis for its Galaxy smartphones, it's astonishing how badly the S5's plastic frame, and textured plastic rear pane, have aged. The Neo admittedly drops the original S5's grooved design for a plainer, more pleasingly uniform look, but it's a long way short of its S6 cousins in terms of in-hand appeal.

Even Samsung's mid-range Galaxy A3 and A5 phones look smarter than the S5 Neo, but it still feels reasonably well-built, and the removable back cover and microSD card slot will no doubt be a big draw to those who felt snubbed by the S6's fixed storage and sealed-in battery. The microSD card is a particular boon for the S5 Neo, as the phone's default 16GB of storage only provides around 11GB to the user.

However, the S5 Neo isn't simply a re-skinned S5, as it's missing both the original's fingerprint scanner and a fast Micro USB3 port, instead opting for a conventional dedicated home button and Micro USB2 port. The fingerprint scanner isn't that much of a loss in my book, as it never worked particularly well in the first place, while I can't imagine many will bemoan the loss of faster, cabled data transfers either. It still has a heart rate scanner on the back, though, and its front-facing camera has been upgraded from 2 megapixels to 5.

Samsung released different versions of the S5 around the world, using both Exynos and Qualcomm chipsets; but from our point of view in the UK it's ditched Qualcomm's quad-core 2.5GHz Snapdragon 801 chipset for one of its own octa-core 1.6GHz Exynos 7580 processors. The new chipset is 64-bit and uses a more up-to-date core design but it's still made using the older 28nm process, rather than the new, more energy efficient 14nm.

Performance is largely the same from this chipset as from the 2014 Snapdragon one, as its respective Geekbench 3 results of 724 and 3,547 in the single and multicore tests weren't too dissimilar from more recent Snapdragon 801 handsets I've tested such as the OnePlus X . The S5 Neo was around 200 points slower than the OnePlus X in the single core test, but nearly 1,000 points faster in the multicore, putting it on a level playing field with the newer Snapdragon 810-equipped Nexus 5X.

Its Peacekeeper score of 865 was also ahead of the OnePlus X, but web browsing could still occasionally be a little jerky when scrolling at speed. It's perfectly fine for leisurely browsing, but the Nexus 5X definitely pulls ahead in this instance.

The Exynos 7580's GPU isn't nearly as proficient as its Qualcomm rivals either, as it only managed a pitiful 287 frames (around 4.6fps) in the offscreen Manhattan 3.0 test in GFX Bench GL. The Nexus 5X, on the other hand, can produce a far more respectable 986 frames (or 16fps), leaving the S5 Neo feeling rather sluggish by comparison. 3D games such as Hearthstone were particularly jerky at times, but it never got to the point where it was completely unplayable, and simpler games like Threes played absolutely fine.

One thing that has been kept intact is its predecessor's incredible battery life. Its battery may only have a 2,800mAh capacity, but it lasted a massive 16h 27m in our continuous video playback test with the screen brightness set to 170cd/m2, making it the most enduring smartphone I've tested in the last year. It puts the Nexus 5X's ten hour battery life to shame, and it even overshadows the S6 and S6 Edge . Continues on Page 2 ... 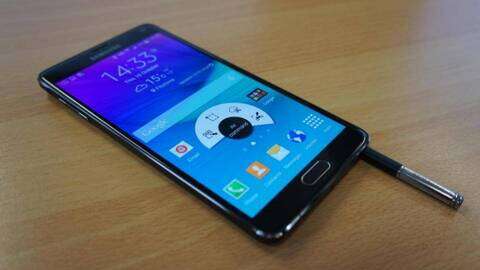 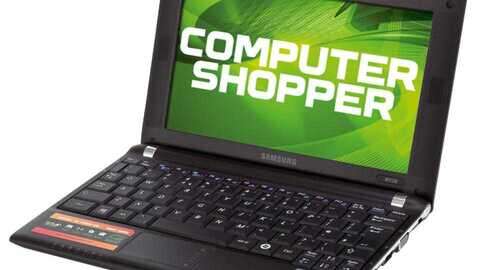