For many Zelda fans in 2006, Twilight Princess was a landmark entry in the series. Straddling the birth and demise of two home consoles, it bid farewell to the GameCube one week and ushered in a new era of Wii motion control the next. 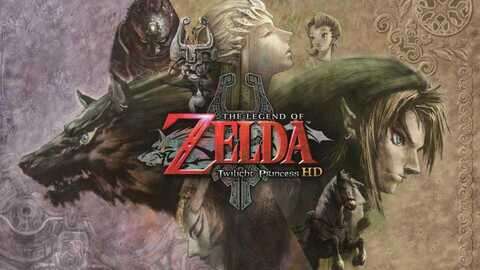 In hindsight, its basic sword-waggling would pale in comparison to the knife-edge precision of its eventual successor, Skyward Sword, but at least its darker, more Tolkien-esque art style seemed to be paving the way for the newer, more mature kind of Zelda that fans had been clamouring for ever since Nintendo had unveiled the bright, cartoonish Wind Waker only a few years before.

Ten years later, though, and it's clear which of the two GameCube Zeldas has aged more successfully. Twilight Princess HD is by no means an ugly remake, but when you look at Wind Waker HD 's remastered lighting engine and listen to its newly recorded soundtrack, you can't help but feel a little discomfited that Twilight Princess hasn't received the same kind of treatment. Instead, Twilight Princess HD looks and sounds very much how you remember it, at least it does if you played it on the GameCube, as those who played the mirrored 'right-hand' version on the Wii will need to spend a little time readjusting themselves before they can shake off that decade-old muscle memory. 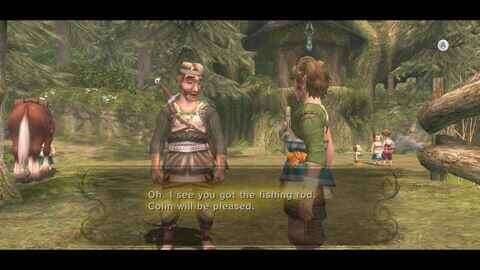 Of course, trying to play the original version now on a modern 16:9 Full HD TV looks truly horrible – trust me, I've tried – so a tightening of the game's textures and resolution is absolutely essential for anyone coming to Twilight Princess for the first time. If anything, it brings the game's superb dungeon design into even sharper focus than it did ten years ago, as each set piece is now even more jaw-dropping than the last. Boss battles in particular take on a new sense of scale and urgency when every bristling hair and glistening scale is there to drink in and admire, and grappling with giant underwater worms and fire-breathing armoured wyverns atop huge towers in the sky has never been more impressive.

Even the lesser monsters populating Hyrule's vast plains and lakes have been outfitted with fresh plates of armour, and the sheer amount of additional decoration finally makes them look like the Middle Earth orcs and beasts they were so clearly inspired by. Link himself, not to mention Epona's enormous teeth, also benefit from the game's visual polish, but there are times when the game's angular underbelly and decade-old polygon count cut through like a knife, reminding you that, once again, this isn't quite the remaster Twilight Princess really deserves. You can even see it in the game's opening titles, as the razor-edged cliff tops almost look sharp enough to cut yourself on, and these jarring reminders of Twilight Princess' ageing framework only makes the wait for Link's latest, proper Wii U adventure even more painful. 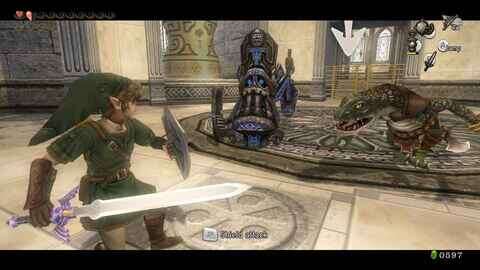 That's not to say Twilight Princess HD doesn't add any modern innovations, though, as it does make great use of the Wii U's second GamePad screen. Much like Wind Waker HD and its 3DS cousins , your inventory screen is now in full view on your lap, allowing you to switch your assigned items on the fly and combine weapons like bombs and your bow and arrow without having to pause and dip into a separate menu screen.   Likewise, you can also use the GamePad to look at a larger version of your onscreen mini-map, which can now be toggled on and off at will using the D-Pad.

By moving so much of your HUD to the GamePad screen, the action on the TV now feels decidedly less cluttered, putting even more emphasis on the sharpened world around you. It's definitely an improvement on the overcrowded Wii HUD, but you will have to give all this up if you decide to play the game in Off TV mode. Here, you can carry on playing the game on the GamePad if someone else wants to use the TV or you simply want to curl up with a bit of Zelda before going to bed, but I did notice some rather worrying frame rate issues in Off TV Play that didn't occur while playing it on the TV. Wandering round the world was usually absolutely fine, but enemies appearing en masse often sent the frame rate tumbling to a new, jerky low.

Epona's also grown more surly in the intervening decade, as the Wii U's analogue sticks do surprisingly a poor job of helping players wrangle her in the right direction. Compared to Wii version's rather more nimble horse-riding, Epona feels almost like a bucking bronco in the HD remake, as I was constantly slamming her into walls and fences when trying to turn a corner, and Twilight Princess' narrower corridors were agonisingly slow.

As a result, it makes traversing the great empty caverns of Hyrule Field even more nightmarish than the ever-creepy Twili monsters lurking in its shadows. Admittedly, zigzagging across its plains becomes less of a chore once more of your twilight teleportation portals open up, but this, too, seems like a slight admission that the world could be better structured. Indeed, it doesn't help that this version of Hyrule Field is by far one of the most convoluted in the entire series, as its warren of messy pathways seem deliberately designed to frustrate and bewilder from the very start.

Segregated by ominous twilight zones, Link must first free each region from the darkness as a wolf – a form he magically takes whenever he enters the twilight – and then set about eradicating that evil completely in the local temple once he's regained his normal human form. These twilight zones were tedious at the best of times when the game first came out, and the build-up to the first temple alone brings you right up to its front door three times before you're allowed to go inside.

This kind of hook-dangling still hasn't grown any more palatable in the intervening years, but it's arguably a small price to pay for the superb dungeons which lie at the end. These remain some of the best Zelda dungeons in the entire series, and their sheer scale and complexity make them more than worthy successors to those found in Ocarina of Time and Majora's Mask. Wind Waker always seemed rather lacking on the dungeon front, not least because it had so few of them, but Twilight Princess just keeps getting better and better as the game goes on.

It may require a lot of busywork to get there, but its temples and dungeons are the reason why Twilight Princess still endures as one of the best Zelda games in recent years and continues to live up to its landmark status. Yes, its sparse population of foes and rather cavernous overworld might seem positively miserly after the lush, vibrant and bustling worlds of games like Xenoblade Chronicles X , but this decade-old classic is absolutely worth revisiting if you've never played it before.

It will always sting that Twilight Princess HD never had the same kind of love as Wind Waker HD (not least because its excellent soundtrack is starting to sound positively dated by comparison), but it's nevertheless a vital chapter in Zelda's history and it sets the bar for whatever Nintendo has in store for us next later this year. It wins a Recommended award. 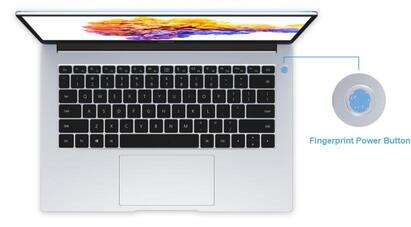 Something You Must Do Before Sellin... 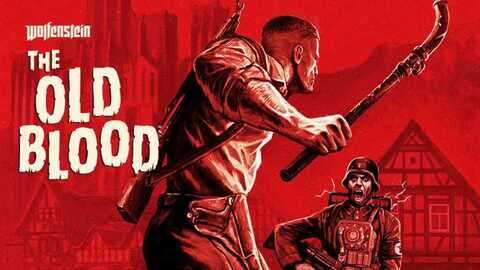