When is my network getting 5G?

Some of the UK’s largest network operators are beginning to launch their 5G mobile networks, with more launches in more locations planned before the end of the year.

The likes of Three, EE, O2 and Vodafone are all jumping aboard the 5G bandwagon, meaning it’s very likely you will soon be able to connect your phone, if it’s 5G compatible, to a next-generation mobile network.

It begs the question, then: what exactly is 5G? What are the benefits and, most importantly, when will your network be getting it? That’s what we’re here to explain.

Put simply, 5G is the next generation of mobile technology. Preceded by 2G, 3G and 4G, this new generation will bring with it a number of benefits, including faster internet speeds, more reliable connections and almost instantaneous connections when accessing websites, apps or online games. 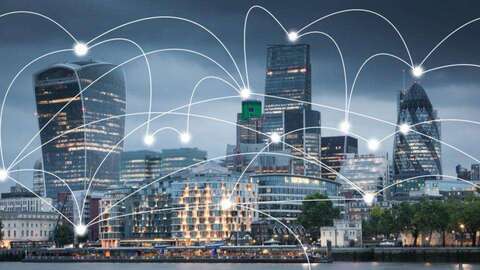 Basically, 5G will offer a faster and more reliable mobile network than what you’re currently used to. There’s more to it than that, sure, so if you want a deeper dive into the ins and outs of 5G and what it is exactly, our in-depth article on the topic does just that. Say here for a run through of how the various mobile carriers are handling 5G.

READ NEXT: What does the UK's Huawei indecision mean for 5G networks?

When is Three getting 5G?

Three has switched on the first of its 5G offerings in the form of a broadband router , available in a small region of London.

Southwark, Camden and Camberwell are the only areas that have access to Three’s 5G network at launch. The company has said it then plans to make mobile 5G available to 25 cities before the end of 2019, including Manchester, Liverpool, Glasgow, Cardiff, Edinburgh.

To make sure you’re ready for when Three makes 5G available in your city, consider signing up to its network now.

When is EE getting 5G?

EE launched its 5G network on 30 May 2019 in six cities: London, Birmingham, Manchester, Cardiff, Edinburgh and Belfast. It more recently expanded into Bristol, Coventry and Leicester with plans to make the service available in a total of 16 cities throughout the rest of 2019.

Outside of these main cities, in the West Midlands, EE is rolling out coverage to Solihull, Dudley, Sutton Coldfield, West Bromwich, and Lichfield. Around Greater Manchester, 5G is being introduced in Salford, Oldham, Ashton-under-Lyne, Rochdale and Milnrow. Spreading out from London, EE is launching 5G in Kingston-upon-Thames, Grays, Romford, Chatham and Gillingham.

EE is currently live in:

It’s important to note, however, that EE’s 5G network is not accessible everywhere in the cities it’s made available in. The network is mostly restricted to areas with a high population density, meaning more central urban zones. If that’s not an issue for you though, then you can sign up to EE’s network right now by following the link below.

When is BT Mobile getting 5G?

BT Mobile went live with the first of its 5G mobile plans on Friday 11 October, although it's what is classed as a virtual network operator because its services are actually provided using EE's infrastructure. This means BT's services will, theoretically, be available in every region where EE is and to begin with, this includes London, Birmingham, Cardiff, Manchester, Edinburgh, Belfast, Coventry, Leicester and Bristol. It also includes the towns and suburbs within these cities where EE is available.

Existing BT Plus and BT Business customers are getting exclusive first access to the firm's 5G service before BT rolls out its plans more widely to a further 25 towns and cities by the end of the year.

O2 launched its 5G network in October in six locations, with a promise to increase this total to 20 by the end of the year.As part of the launch, O2 has announced a range of SIM-only as well as 5G Refresh tariffs with unlimited data. The cheapes unlimited data plan cost £40p/m. The cheapest plan that includes one of four 5G-compatible handsets – the Samsung Galaxy S10 5G , Samsung Galaxy Note 10 Plus 5G, Samsung Galaxy A90 5G and the Xiaomi Mi Mix 3 5G – costs £39p/m but comes with an Oculus Go VR headset worth £200 at no extra cost.

Although O2's 5G is technically live in six cities – Belfast, Cardiff, Edinburgh, London, Slough and Leeds – it's only actually available at select transport hubs, key business areas and entertainment and sports venues in these cities.

These include London's Waterloo and Kings Cross stations, Twickenham and the Emirates Stadium , Haymarket in Edinburgh, Trinity Shopping Centre in Leeds and Belfast South city centre . Surprisingly, there was no mention of O2's Arenas in the list.

This list of locations is due to rise to 20 by the end of the year, with Nottingham, Coventry, Blackpool, Derby, Leicester, Reading, Bournemouth, Lisburn, Bristol, Eton, Stoke, Guildford, Norwich and Windsor being added to the list.

O2 5G is currently live in:

If you’re in one of the six initial cities that will be getting 5G or just want to subscribe to O2’s network in advance, the link below has you covered.

When is Vodafone getting 5G?

Just like EE, Vodafone already launched its 5G network on 3 July. The service was initially made accessible to seven cities, including the likes of London, Cardiff, Glasgow, Manchester and Liverpool.

As of 16 July, however, access to the 5G network has been expanded to eight more locations across the UK. These include Gatwick, Lancaster, Birkenhead, Newbury and Plymouth. Vodafone has said that 22 cities in total will have 5G by the end of 2019 with Blackpool, Bournemouth, Guildford, Portsmouth, Reading, Southampton and Warrington being added to the mix.

Overall, the reach is fairly expansive. With more than 20 locations having access to Vodafone’s 5G network before the year is out, it’s possible that you might eventually get the chance to experience the service’s benefits for yourself. If you’re able to and want to test out their 5G network, consider signing up to Vodafone now.

Vodafone trialled the first proper use of “full 5G” – that’s 5G running on a separate network, rather than piggy-backing on existing 4G infrastructure – at a site in Manchester’s MediaCityUK in January. The following month, it switched on a 5G network at Manchester Airport .

Vodafone 5G is currently live in:

The following cities will go live by the end of the year:

It also plans to offer the world’s first 5G roaming plans covering the UK, Germany, Italy and Spain later this summer, as well as a Vodafone 5G home router.

Vodafone’s 5G router could replace broadband contracts in homes and offices, especially those customers without access to a high-speed fixed line connection. It could even act as a second network, or be used for outdoor events.

Ahead of the switch-on, Vodafone has put a number of 5G-ready handsets on offer including the Xiaomi Mi MIX 3 5G and the Samsung S10 5G . It had planned to launch 5G on the Huawei Mate X (5G) , however, since the Huawei ban in the US it has postponed plans to see how the situation develops.

READ NEXT: Huawei ban: What does it mean for you?

The Xiaomi model is available exclusively from Vodafone from 23 May. The Samsung S10 5G will be available to pre-order "later this month" and the Huawei model is set to launch this summer. If you order the latter, you’ll get a 5G home router called the 5G Gigacube.

Is my phone 5G compatible?

Probably not, is the short answer. Only a handful of phones are currently 5G compatible and while more 5G-ready phones are slowly being released, they’re not exactly flooding the market either. If you’re interested in picking one up so you can give one of these 5G networks a whirl, we’ve put a list together of some of the best 5G phones you can buy. For now, though, we will do a quick run-through of some of the 5G phones that are currently available.

We actually have an article on the Samsung Galaxy S10 5G that breaks down its specs and features, so for more information – you can read that here . In brief, however, the phone offers more than just 5G compatibility; it also improves upon the original Samsung Galaxy S10. These improvements include an impressive 6.7in Dynamic AMOLED screen, a 3D depth sensor and a 4,500mAh battery.

If you wish to get your hands on the Samsung Galaxy S10 5G, then both Vodafone and EE are offering two-year contracts. In addition to a £30 upfront fee, EE’s contracts start from £74 a month with 60GB of data. Alternatively, for a monthly price of £72 and an upfront cost of £29, Vodafone offers unlimited data.

On top of being 5G compatible, the OnePlus 7 Pro 5G is also fitted with a 6.67in, bezel-less AMOLED screen with a refresh rate of 90Hz, a pop-up selfie camera and a triple rear-camera array. The phone also has re-engineered and improved internals when compared to the non-5G OnePlus 7 Pro.

The phone is on sale exclusively at EE. Contracts start from £64 a month after an initial £50 entry fee. Be aware, however, that none of EE’s contracts offer unlimited data and the cheapest contract you can find provides 10GB of data.

The Xiaomi Mi Mix 3 5G is a solid smartphone that comes with a Qualcomm Snapdragon 855 chipset, 12-megapixel rear cameras, a 24-megapixel and 2-megapixel selfie camera setup and a 6.39in AMOLED screen. It also comes equipped with a 3,800mAh capacity battery.

Currently, the only way to purchase the Xiaomi Mi Mix 3 5G is on Vodafone’s website, where the cheapest contract offering unlimited data starts from £56. Regardless of which contract plan you end up selecting, each requires an upfront cost of £29. 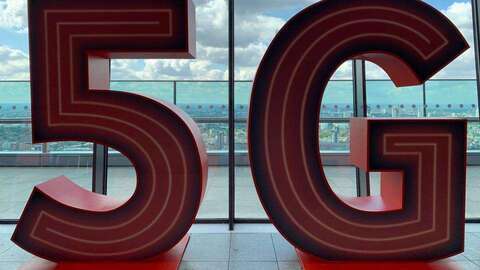 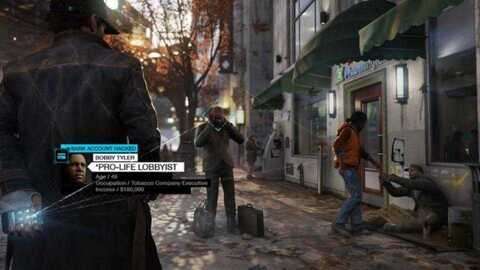 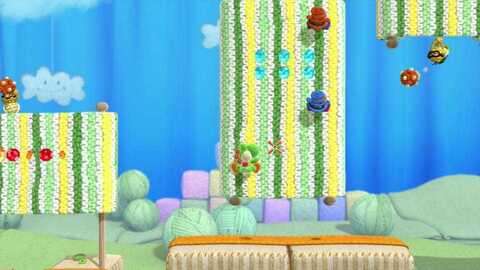