AI has helped discover new insights about the authors of the ancient Dead Sea Scrolls. 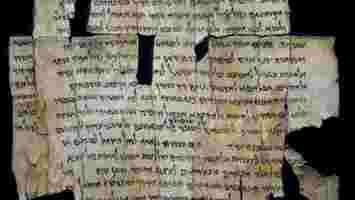 Researchers in the Netherlands used AI and pattern recognition to analyze the handwriting of the mysterious scribes.

They found evidence that the manuscripts were penned by two different writers.

Mladen Popović, professor of Hebrew Bible and Ancient Judaism at the University of Groningen, said the discovery has opened a new window on the ancient world:

The Dead Sea Scrolls contain the oldest manuscripts of the Old Testament, but their authors have remained unknown since the documents were found in 1946.

The researchers searched for clues about their identities in the longest text in the collection: the Great Isaiah Scroll.

“This scroll contains the letter aleph, or ‘a,’ at least five thousand times,” said Lambert Schomaker, a professor of computer science and AI at the university. “It is impossible to compare them all just by eye.”

AI, however, is well suited to analyzing such large datasets, while digital imaging can help detect subtle changes in the characters.

The team first trained a deep learning algorithm to separate the ink from the material beneath it. They then used neural networks and pattern recognition techniques to analyze the features of the text. 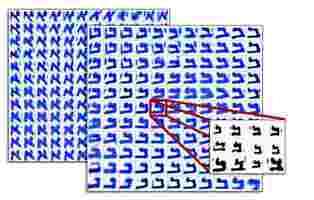 The researchers discovered a subtle change in the handwriting around halfway through the scroll. They suspect this was the result of another writer taking over — or perhaps just a change of pen.

Next, the team created heatmaps of all the variants of a character in the scroll. They then produced an average version of how the character was written in each half of the document. This made their differences clear to the human eye.

While the identities of the authors remain a mystery, we now at least have evidence that they weren’t working alone.

You can read the study paper in the journal PLOS ONE .

The only difference between science fiction and science is patience. Yesterday’s mainframes are today’s smartphones and today’s neural networks will be tomorrow’s androids. But long before any technology becomes reality, someone has to dream it into existence. 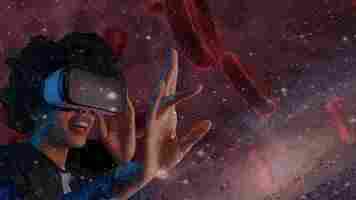 The worlds of science and technology are constantly in flux. It’s impossible to tell what the future will bring. However we can make some educated guesses based on recent breakthroughs in the fields of nuclear physics, quantum computing, robotics, artificial intelligence , and… Facebook’s name change .

Let’s set our time machines to “January 28, 2100” to take an imaginary gander at the four most amazing science and technology breakthroughs the sort-of-far future has to offer.

This could very well be the most important technological breakthrough in human history.

The premise is simple: tiny machines that function at the cellular level capable of performing tissue repairs, destroying intruders, and delivering targeted nano-medications.

And this wouldn’t necessarily mean filling your bloodstream with trillions of microscopic hunks of metal and silicon. There’s plenty of reason to believe scientists could take today’s biological robots and turn them into artificial intelligence agents capable of executing code functions inside our bodies.

Imagine an AI swarm controlled by a bespoke neural network attached to our brain-computer-interfaces with the sole purpose of optimizing our biological functions.

We might not be able to solve immortality by 2100, but medical nanobots could go a long way towards bridging the gap.

Another technology that’s sure to save innumerable human lives is fusion power. Luckily, we’re on the verge of solving that one already (at least in a rudimentary, proof-of-concept kind of way). With any luck, by the time Gen Z’s grandkids are old enough to drive, we’ll have advanced the technology to the point of abundance.

And that’s when we can finally start solving humanity’s problems.

The big idea here is that we’ll come close to perfecting fusion power in the future and, because of that, we’ll be able to use quantum computers to optimize civilization.

Fusion could potentially be a limitless form of power and it’s theoretically feasible that we could eventually scale its energy-producing capabilities to such a degree that energy would be as ubiquitous for private and commercial use as air is.

Under such a paradigm, we can imagine a race to the top for scientific endeavor, the ultimate goal of which would be to produce a utopian society.

With near-infinite energy freely available, there would be little incentive to fight over resources and every incentive to optimize our existence.

And that’s where quantum computers come in. If we can make classical algorithms learn to drive cars by building binary supercomputers , imagine what we could do with quantum supercomputing clusters harnessing the unbridled energy of entire stars.

We could assign algorithms to every living creature in the known universe and optimize for their existence. In essence, we could potentially solve the traveling salesman problem at the multiverse scale.

Admittedly, warp drives are a glamour technology. Technically-speaking, with Mars so nearby, we don’t really have to travel beyond our own solar system.

But it’s well-documented that humanity has a need for speed. And if we ever have any intention of seeing stars other than Sol up close, we’re going to need spaceships that can travel really, really fast.

The big problem here is that the universe doesn’t appear to allow anything to travel faster than light. And that’s pretty slow. It would take us over four years to travel to the closest star to Earth. In galactic terms, that’s like spending a 1/20th of your life walking to the neighbor’s house.

Warp drives could solve this. Instead of going faster , we could theoretically exploit the wackiness of the universe to go further in a given amount of time without increasing speed.

This involves shifting through warp bubbles in space with exotic temporal properties, but in essence it’s as simple as Einstein’s observations that time works a bit differently at the edge of a black hole.

In the modern era, physicists are excited over some interesting equations and simulations that are starting to make the idea of warp drives seem less like science fiction and more like science.

An added benefit to the advent of the warp drive would be that it would exponentially increase the odds of humans discovering alien life.

If aliens aren’t right next door, then maybe they’re a few blocks over. If we can start firing probes beyond non-warp ranges by 2100, who knows what our long-range sensors will be able to detect?

The metaverse (no, seriously)

Don’t laugh. It’s understandable if you don’t think the metaverse belongs on this list. After all, it’s just a bunch of cartoon avatars and bad graphics that you need a VR headset for right?

The ideal metaverse would be a bespoke environment that’s only indistinguishable from reality in its utopianism. In other words, you’ll only know it’s fake because you can control the metaverse.

While it’s obvious that “jacking into the Matrix” could pose a multitude of risks, the ability to take a vacation from reality could have positive implications ranging from treating depression to giving people with extremely low quality of life a reason to want to continue living.

The ultimate freedom is choosing your own reality. And it’s a safe bet that whoever owns the server it runs on is who’s going to be in charge of the future.

It’s no secret that Microsoft is a close partner to OpenAI, seeing as how it has signed multiple deals with the company . Now, the AI company has solidified this relationship further by offering exclusive licensing access to its popular GPT-3 text generation model to Microsoft. 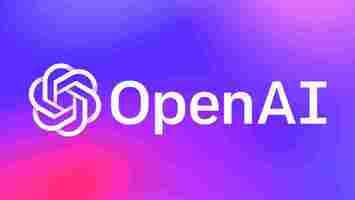 The Seattle-based tech giant said that this deal will allow them to “ leverage its technical innovations to develop and deliver advanced AI solutions for our customers, as well as create new solutions that harness the amazing power of advanced natural language generation.”

This means the company will be able to use GPT-3 in consumer-facing products such as Office, Windows, and Teams.

What this also means is that Microsoft is getting some extra access to the GPT-3 model itself, while others will have to resort to using OpenAI‘s API for all their use cases.

It’s not clear if Microsoft will start offering its own APIs based on this model. We’ve asked the company to provide more details, and we’ll update the story if we hear back.

Meanwhile, OpenAI clarified on its blog that this move won’t impact OpenAI’s GPT-3 API offering. The API remains under a limited beta program after opening access to select developers in July. Recently, the company announced a pricing structure for people who wanted to use more than 100K tokens, and it’s not exactly cheap at $100 per month for 2M tokens.

It might be a while till we see Microsoft offer any solutions using GPT-3. But at some point, we’ll finally get to see some real-world examples of the model rather than reading ‘generative’ articles and poems.

So you’re interested in AI? Then join our online event, TNW2020 , where you’ll hear how artificial intelligence is transforming industries and businesses.