For this year’s update to the Kindle Fire HDX 8.9, Amazon has given the tablet a processor upgrade as well as updating it to Fire OS 4 Sangria, its latest version of the customised Android operating system. The tablet otherwise retains the original's excellent 2,560x1,600 resolution display.

As with the old model, Amazon claims the new Kindle Fire HDX 8.9 can produce 100% of the sRGB colour gamut; a bold claim that the 2013 model didn’t quite live up to, scoring 92% in our tests. Disappointingly, this year’s Kindle Fire HDX 8.9 performed slightly worse and even further adrift of Amazon’s 100% claim. Our colour calibrator showed it could produce 88.7% of the sRGB colour spectrum, but this is still impressive.

Black levels were respectable at 0.38cd/m2, although not as high as we would have liked for a premium tablet. The screen's contrast ratio, however, was an excellent 1,224:1. The display produced very natural, saturated colours without any noticeable colour cast. The display is certainly one of the Fire HDX 8.9’s strongest elements, and makes it a real pleasure to use for watching movies and looking at photos.

The tablet feels well-made and is comfortable to hold with one hand. There's a soft-touch plastic back that is easy to grip, and glossy trim across the top surrounds the stereo speakers and rear camera.

The HDX 8.9 weighs just 375g for the non-4G version; 4G bumps the weight up to 390g and the price to £439 with Amazon's Special Offers (see below), but also gives you 32GB storage. We'd prefer to use our current mobile as a Wi-Fi hotspot rather than pay such a hefty price for a SIM slot.

As with previous HDX models, Amazon has moved the power and volume buttons to the rear of the tablet rather than placing them on the side or top. You soon memorise where the buttons are, but if you're holding the tablet the wrong way up you'll find yourself pressing the volume key instead of the power button.

There’s no microSD port for expanding the built-in storage, so you’ll need to decide how much is sufficient at the time of purchase. The Kindle Fire HDX 8.9 is available in various configurations. There are 16GB (£339), 32GB (£379) and 64GB (£419) models and each is offered with or without Amazon’s Special Offers. This pushes deals and sponsored screensavers to the tablet lockscreen and opting in knocks £10 off the price of each model.

Amazon has upgraded the Kindle Fire HDX 8.9’s processor to a 2.5GHz quad-core Qualcomm Snapdragon 805 system-on-chip; up from the previous model's 2.2GHz. The tablet's operating system feels responsive and slick. Using Amazon’s Silk browser, the HDX completed the SunSpider JavaScript benchmark in 753.2ms, which is marginally slower than the older model but still very quick. Apps loaded almost instantly and there was never any noticeable stutter when navigating around the operating system.

Although browser speed was slightly behind the older model, the new HDX's gaming performance has seen a healthy improvement. The Adreno 420 graphics processor acquitted itself excellently in our 3DMark Ice Storm benchmarks. It managed to max out the Ice Storm Extreme test and scored an excellent 18,349 in Ice Storm Unlimited, which is nearly 6,000 points more than the older model. The Kindle Fire HDX 8.9 will be able to play any graphically intense game you might throw at it (or can find in Amazon's limited 'Appstore' - see below).

Amazon hasn’t changed the cameras from the old model, so there’s still a 1-megapixel front-facing camera and 8-megapixel camera on the back. There’s also an LED flash; a rarity on tablets that will help with low-light photography. Provided sufficient lighting, the rear camera was a respectable performer, capturing good levels of detail and sharpness. It's one of the better tablet cameras we've seen.

The new Kindle Fire HDX 8.9 has improved massively in terms of battery life. While its predecessor only managed 9 hours and 8 minutes in our continuous video playback test, the 2014 model’s 6,000mAh battery lasted an astonishing 16 hours and 25 minutes playing a video at half brightness, half volume and with airplane mode turned on. This makes the Kindle Fire HDX 8.9 an excellent device for catching up on a few movies or television shows while on the move. 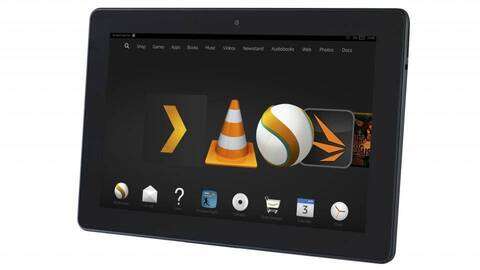 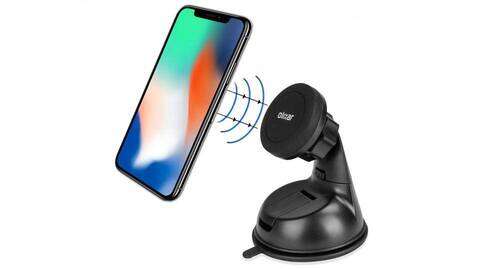