Pocket ultra-zoom cameras are enduringly popular, and most manufacturers have two or more models in their range. Canon hasn't done much to distinguish between its models in the past –last year's SX270 HS and Canon SX280 HS were identical except for the latter's built-in GPS and Wi-Fi functions. 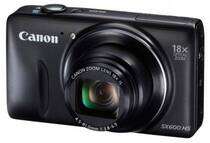 This year, its two models have more significant differences. While the SX700 HS has a whopping 30x zoom, the SX600 HS makes do with a more modest 18x zoom. It lacks priority and manual exposure controls and its screen has a lower 461,000-dot resolution. Inside there's an older DIGIC 4+ processor, which explains why its video mode is limited to 30fps rather than the SX700 HS's 60fps recording. It omits GPS but does include Wi-Fi. It's quite a bit smaller, weighing in at 187g to the SX700 HS's 269g. It's cheaper, too, with a pre-order price of £200 compared to the SX700 HS at £329.

We're not too upset by the 3in screen's 461,000-dot resolution, but its colour handling was more of a concern. Testing alongside the Panasonic TZ60, photos on the Canon's screen often looked distinctly poor, with clipped highlights and skewed colours. Thankfully this turned out to be a limitation of the screen rather than the captured photos, as image quality of the two cameras was actually pretty close. It's not necessarily a bad thing to be pleasantly surprised by the quality of the photos once they're transferred to a computer. However, we sometimes under-exposed a photo to avoid clipped highlights when in fact it wasn't necessary. 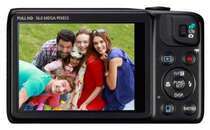 Using the SX600 HS will be a familiar experience for anyone who's used a Canon point-and-shoot camera in the last decade. Performance was respectable but nothing special, capturing a photo every 1.1 seconds, or at 2.1fps in burst mode. Flash photography was pretty slow, though, at around eight seconds between shots when the flash was firing at full power.

There's a small selection of buttons, with most photographic functions accessed via the FUNC SET button. The three-way mode switch is less conventional. There's one position for a Hybrid Auto mode, which captures a short video just before each photo is taken and joins them together into a single video file. In practice, these videos tend to show lots of wobbly camerawork and not much else. Creative Shot mode takes three photos in quick succession and saves six images with a variety of crops and creative effects applied. All the other modes – Auto, Program and various scene presets and creative filters – are bunched together on the remaining switch position and selected via the FUNC SET button. 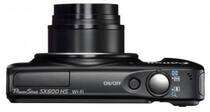 Previous Wi-Fi-enabled compact cameras from Canon have supported image transfers to Android and iOS devices and the ability to geo-tag photos using a phone's GPS radio, but no remote control facilities. That's changed now, with a Remote Shooting option in the iOS app. Control is limited to the shutter release, zoom, self-timer and flash, and the remote preview only updated a couple of times a second. Even so, it's enough to help compose shots when taking a group portrait of you and your friends. This Remote Shooting option has yet to materialise in the Android app, and we weren't able to get the camera and app to talk to each other. Hopefully this will be resolved soon.

The video mode was generally well behaved, with a detailed picture and smooth, quiet zooming and focusing. However, fine details had a subtle shimmery appearance – a tell-tale sign of insufficient anti-aliasing. Indoor clips suffered badly from noise. The 10-minute maximum clip length is another drawback, especially as there's no countdown to warn that it's about to stop. 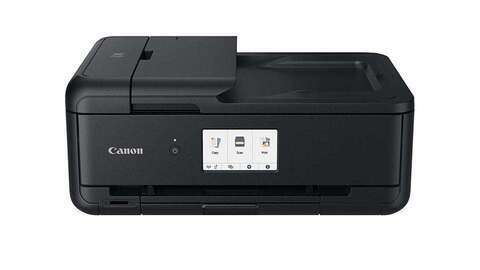