Dating apps are depressing enough if you’re a straight man, but at least we don’t have to deal with a torrent of dick pics. A survey by Matcom found that more than half of women have received an unwanted cock shot. 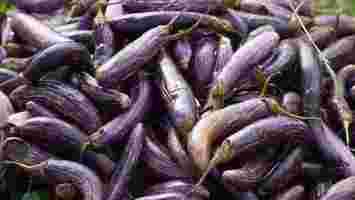 Despite “cyberflashing” being an obvious form of sexual harassment, it remains legal in most of the US. One notable exception is the state of Texas, thanks largely to lobbying from dating app Bumble .

Bumble also uses AI to block out to detect lewd images before they reach their destination. Yesterday, its sister app Badoo launched a similar feature.

Known as “Private Detector,” the tool detects dick pics, nudes, and any other intimate pictures.

Algorithms then blur out the image, before warning the intended recipient that they’ve been sent “inappropriate content.” The user can then choose whether to view the pic, block it, or report it to the company.

“Men don’t need no encouragement to be showing their sausages to the public without consent,” Mr Narstie astutely observed . “However though, Badoo does have a dick pic filter … It’s to regulate you little fruity bredders who wanna send pictures of your sausage.”

Badoo claims that the tool has a 98% accuracy rate. If you’re unlucky enough to get one that slips through the net, please let us know. But note that we’d also appreciate a warning before we open the shot.

So says the Computer Prophet, a new AI system that spits out pearls of wisdom in the form of metaphors. The project is the brainchild of UCLA student Elias Henriksen, who created it to help us answer life’s most profound questions. 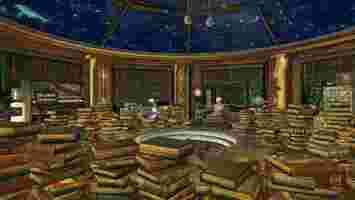 We often express our existential concerns through metaphors, as they help us relate our own experiences to abstract concepts. Research suggests that people who apply their own metaphors to life report greater meaning — especially those with a strong need for structure.

As Henrikensen puts it in his research paper on the project:

Unfortunately, our individual experiences limit our ability to create meaningful metaphors for such complex concepts. The Computer Prophet attempts to overcome these constraints through the power of machine learning.

Inside the Computer Prophet

The system uses OpenAI’s GPT-2 text generator to generate novel metaphors. Henriksen trained the model on 3.6 megabytes of metaphors, quotes, proverbs, idioms, and other metaphorical words collected from various online sources and archives. He then prompted the system to add its creations to a series of target subjects, such as “Life is __.”

Of the 900 metaphors it generated for nine different targets, 70% were in the structure of conceptual metaphors, and 85% were coherent.

Even if you’re not convinced of the philosophical need for the Computer Prophet, the metaphors it generates are still worth checking out. Here’s its rather jingoistic musing on war:

A more conceptual metaphor is this one on ideas:

Henriksen has also invited Redditors to submit their own questions to the system. One asked the most fundamental question of them all: “What is the meaning of life?”

The Computer Prophet responded with a series of metaphors that ranged from depressing to uplifting. Here are three of my favorites:

NASA: We should look for polluted planets if we want to find smart ETs

And you shall know them by the pollution in their skies: A team of NASA-funded researchers may have developed a new method for sussing out intelligent extraterrestrial life. 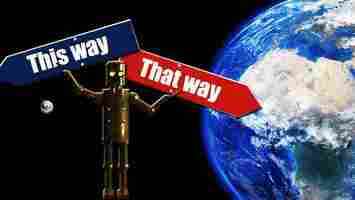 Up front: Finding evidence of intelligent extraterrestrial life in an infinite universe is, perhaps, the most monumental undertaking a scientist can endeavor to. In order to narrow the field down from trillions of stars, we need search filters.

The NASA-funded team decided to look for signs of technology using our own planet’s unique atmospheric condition as inspiration.

According to the researchers :

In other words, we can use our knowledge of how Earth’s nitrogen-dioxide levels have changed over millions of years to deduce whether or not a similar planet is experiencing the tell-tale signs of intelligent, industrial, life: pollution.

Background: We’re on the brink of a new era of telescope, with multiple ground-breaking technologies set to unveil in the near future. These new techniques for planet survey are likely to get a lot more useful as we’re able to not only find more potentially-habitable bodies, but conduct more robust spectral analysis of each one.

Quick take: The search for ET isn’t really humans’ jobs anymore, we’ve got AI on the case in more ways than you can shake a spectral analysis gizmo at. But the robots need to know what they’re looking for.

Traditionally we’ve used methodology such as monitoring radio waves for alien communications or observing solar flares for stars tame enough to house solar systems. But we haven’t done much in the way of looking for the tell-tale times of an industrial planetary civilization. Mostly because our telescopes and computers weren’t as good as they are now.

It’s the right time to go all-in on space tech. We’re on the cusp of possibly establishing our first other-world research centers within the next decade, we need to cut through the fog of war surrounding Earth-space as quickly as possible.

Techniques like the NASA-funded team’s nitrogen-dioxide detection method will help scientists and their algorithms narrow down the field of selection so we can, one day, short list the worlds we want to focus on reaching out to in hopes of finding an intelligent neighbor. You never know when you’re going to need to borrow some space sugar.

You can read the whole study here .