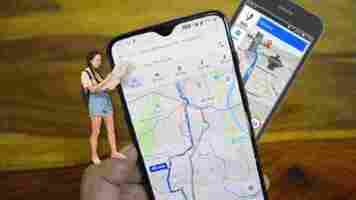 For most of its life, Android Auto only offered full support for Google Maps or Waze for navigation. Other mapping apps would work, but they were restricted to the phone interface.

However, with news that offline mapping app Sygic has launched a beta build on Android Auto this week, users now have another option. I’m sure this matters to someone out there, although I’ve never had issues with using Google Maps for navigation whilst driving.

Now that Android Auto supports apps like Sygic, users can view the full navigation and maps view on their vehicle’s head unit screen.

Reddituser jesusbabio shared some pictures of what it looks like in practice.

The main upside to Sygic is that it’s designed to work offline right out the box. It’s perfect if you don’t have much data on your cell plan, or venture off the beaten track where you might not have reception.

What’s more, Sygic also has a specific truck navigation feature. This feature isn’t just good for truckers, but also for RVs, caravans, buses, and vans, as it intentionally routes drivers on the best roads for their vehicle, a feature lacking from Google Maps.

Having full Android Auto support adds another level of integration and should also make visual navigation instructions easier to follow. It also means drivers can pair their phone and then not have to touch it again… which would be illegal if you did.

Ultimately though, seeing the first non-Google mapping app finally make it to Android Auto is a good thing as it gives drivers more choice to find an app that works for their driving needs. Sadly, there’s no word if Sygic plans on taking this app out of beta and rolling out to more users.

Hopefully, this is the first of many third-party mapping apps that will find their way to the car integration app. When they do, it could make Android Auto a lot more useful, to a lot more people.

Polestar announced today that its upcoming first all-electric performance SUV, the Polestar 3, will enter production in the US next year, while up until now the company built its cars in China. 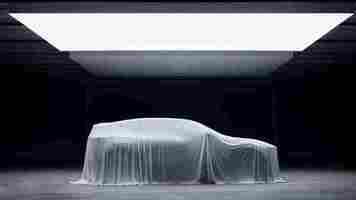 “The Polestar 3 will be built in America for our American customers,” Polestar CEO Thomas Ingenlath remarked. “From now on, the USA is no longer an export market but a home market.”

The company’s new model will be produced in Volvo’s Ridgehill facility in South Carolina, alongside Volvo’s S60 and XC90 SUV. All Polestar vehicles built there will be for sale in the United States, to highlight Polestar’s commitment to the American retail market.

And if you’re already wondering what the Polestar 3 will look like, head designer Max Missoni told Autocar that “it will carry some of the features and design cues that you’ve seen in the Precept.” But that’s all we know for now. 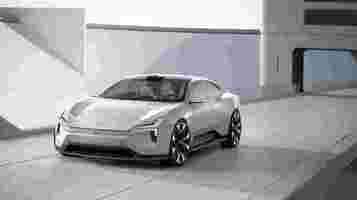 The Polestar 3 is expected to use the Chinese Zeekr 001 shooting brake platform, which claims up to 700 kilometers of range from its 100kWh battery and a 0-62mph time of 3.8 seconds.

Apart from the company’s focus on aerodynamics and performance, like the Polestar 2, the 3 will feature Google’s Android Automotive OS infotainment system and “high-end, safety-focused autonomous driving features.”

The Polestar’s 3 global production will begin in 2022, and considering our remarkable experience with the Polestar 2 , we can’t wait for the curtain to be lifted…

Well, to be fair Honda’s still making cars, only now it’s seriously expanding its business areas to form a “mobility ecosystem” that stretches into new dimensions — both literally and figuratively — and ultimately to outer space. 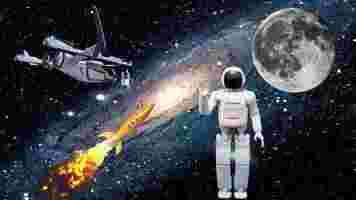 Honda R&D Co., the company’s innovations arm, will be leading the efforts to produce an eVTOL (electric vertical take-off and landing) aircraft, an avatar robot, and space tech.

First up, Honda’s foray into an entirely new dimension… up . The Japanese automaker didn’t disclose many details about its upcoming eVTOL. But what the company did divulge was that the aircraft’s electric motor will also be supported by a gas turbine hybrid power unit.

This is a bit weird at first glance, as most of the eVTOLs being developed around the world are all-electric . Honda claims its decision to develop a hybrid aircraft is driven by the desire to increase the range featured in its design.

Still, it does feel peculiar to focus on hybrid engines when the world needs to stop using fossil fuels NOW and because the longest eVTOL test flight to date managed 240 km on a single charge. That’s about the distance between Paris and Brussels for example.

Honda plans to start prototype verification in 2023 and move to flight tests in 2025. Following that, it will decide whether it will proceed to commercialization.

ASIMO may have been discontinued three years ago, but Honda will be using its research and technology to develop an avatar robot suitable for more practical applications.

The avatar robots will allow you to perform tasks and experience things virtually without being there in person — just like having an extended second self… so maybe we can claim this a new ‘figurative dimension’ Honda is stretching into?

The core of the new robot will be comprised of Honda’s original AI-supported remote control function and the multi-fingered robotic hand, which is currently under development.

To date, the hand has the ability to “ both delicately pick up a small object with the fingertips and the strength to open a tight jar lid, at the level of the human hand.” But the company’s also striving to improve its precision movements, such as grasping and manipulation.

Honda expects to start testing the avatar robot before March 31, 2024, with the aim to put it into practical use in the 2030s.

Honda envisions the robots will used for applications like remote surgery and lunar exploration — although I’d personally be more excited about their possible “snack getting” capabilities.

Apart from the avatar robots, which are partly destined for the Moon, the company is eyeing to advance lunar development with a circulative renewable energy system.

This system is designed to supply oxygen, hydrogen, and electricity for human stations and rovers on the Moon — extending the time people can live on the lunar surface.

To do that, it leverages Honda’s existing fuel cell and high differential pressure water electrolysis technologies.

On top of that, the Japanese firm is also developing small rockets to launch small low-earth orbit satellites. Most notably, Honda is conducting research on how to make its rockets reusable by enabling at least some of their components to land back on Earth after launch.

All in all, automaker’s interest in robotics isn’t a new phenomenon, as it’s the key to launching autonomous vehicles. So it’s no wonder companies like Ford , Toyota , and Hyundai have begun diving deeper into the field.

The same goes for the development of space technology. As cars become more and more software-centric, successful space tech could also be brought from the stars to Earth. And for this reason, Porsche has already invested in rocket startup Isar Aerospace .