The Ion Air Pro 3 Wi-Fi, as the name suggests, lets you connect to the camera over Wi-Fi, so you can connect to the camera using an iOS or Android app or through a web browser.  You can only perform basic functions from a browser, however, such as accessing the memory card to copy and delete files. The iOS and Android apps make it easy to share recorded video to social media and, usefully, Ion also gives you 8GB of free Cloud storage with the camera.

The Air Pro 3 Wi-Fi is waterproof to depths of 15m without any need for a waterproof case. The Wi-Fi Podz accessory acts as a waterproof cover for the rear of the camera, so will need to be attached and locked in to protect the camera's various connections from moisture. Underneath you’ll find an HDMI port, a 3.5mm microphone jack and a slot for a MicroSD card.

There's a switch to toggle between 1080p and 720p recording. This is handy as there’s no LCD screen for adjusting settings; for anything more advanced, such as switching between 30 and 60fps, you have to use the app. Controlling the camera is otherwise easy, requiring only one finger to begin recording thanks to a simple slide button located on the top. The camera will also vibrate when video starts and stops, which is useful to confirm the camera is rolling if you have it mounted to a helmet. This haptic feedback should be easier to notice than an audible beep in loud environments, too.

There’s also a dual-purpose button on the top of the camera to turn it on and off, as well as for taking still captures. This button requires a long press to change the camera's power state, so you won’t turn it on or off by accident. There’s a 1/4in-20 tripod mount on the base which will work with third-party accessories, and you get a useful mini tripod in the box. Ion also provides a Cam Lock attachment that screws into the tripod mount and lets you quickly and easily attach the Air Pro 3 to other mounts, such as the included helmet and adhesive mounts.

We strapped the Ion Air Pro 3 to our HPI Racing Bullet MT radio-controlled car and took a drive across some tough terrain. The Air Pro's video showed impressive detail and provided by far the sharpest footage from the action cameras we've tested. There was minimal noise and evidence of video compression, too.

However, in our static video test footage was considerably underexposed, with the camera being thrown off by the bright sky. Exposure levels during our speed run were at least accurate. We expected a lot of wobble in the footage due to the camera's ball and socket mount, but the camera performed surprisingly well and produced reasonably stable footage. The camera's battery could record an impressive 1h 55m of continuous video.

The Ion Air Pro 3 Wi-Fi is a well-designed action camera with fantastic image quality. It's difficult to choose between this camera and the also-excellent Drift Innovation Ghost-S , but the Drift camera wins out thanks to its useful 2in display, more stable footage and more versatile shooting modes. 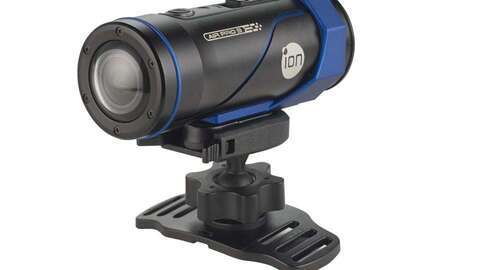 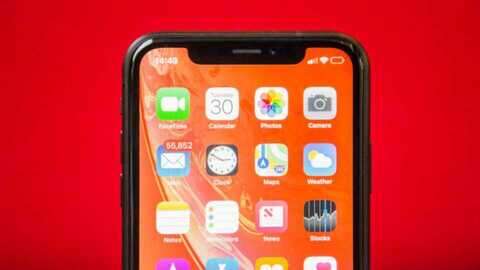