Just a few weeks ago, Apple released not one, not two, but three iPhones. The standard iPhone 8 sits at the bottom of the three, with the new iPhone 8 Plus slightly above it. But the iPhone X sits above both – an all-new smartphone, and a revolution in Apple design. Featuring a OLED screen that covers almost the entire front of the phone – as well as a faster A11 chip, Face ID and wireless charging – the iPhone X is the ultimate iPhone.

But, of course, there are more phones on the market than just iPhones. Just a few weeks before Apple’s event, Samsung released the Galaxy Note 8, and it gives Apple’s new flagship a run for its money. Just like the iPhone X, the new Note 8 is huge, and it comes with biometric security, an unwieldy screen and a much faster processor than the Note 7.

So if you’re after a larger smartphone or phablet, the iPhone X or the Samsung Galaxy Note 8 are good buys. But which is best, Apple or Android? In this article, we’ll compare the best of Samsung with the best of Apple, looking at everything you care about, from features and specs, to screen size and performance. 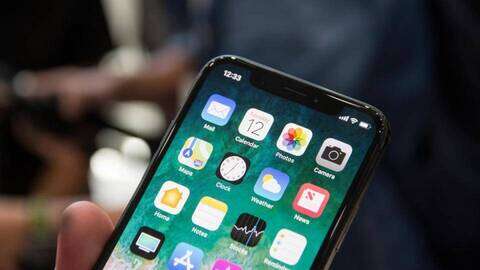 The Samsung Galaxy Note 8 has been around since mid-September, but the iPhone X isn’t even out yet. If you’re after Apple’s flagship phone, you’ll need to wait until 3 November.

Verdict: A draw. There’s no real winner in this one, as the Note 8 hasn’t been out for long enough for retailers to discount it. Worse still, the iPhone X isn’t out for over a month – and Apple at least won’t be offering any discounts on it. Either way, if you need a smartphone right now, it will have to be the Galaxy Note 8. 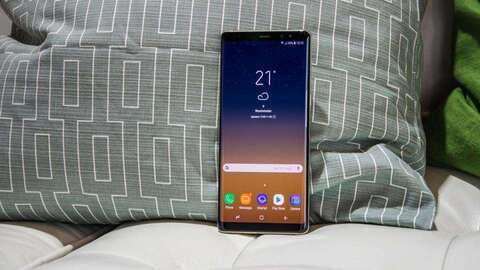 2017 appears to be the year the bezels died, and both the Samsung Galaxy Note 8 and iPhone X continue this theme. The Note 8 is pretty much all screen, so much so that its display curves round the edges of the handset. The iPhone X is almost as extreme, with the front of the device being taken up almost entirely by the display – apart from a sensor-filled “notch” at the top of the device.

Aside from that, both phones feature a glass back panel, to allow for wireless charging capability. 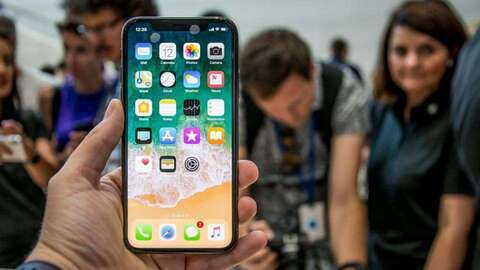 Verdict: A draw. It’s clear that smartphone design is converging on a new, default form. In previous flagship years, the iPhone has had a slight edge in the design stakes, but this year the iPhone X’s ugly screen notch makes it a draw.

The iPhone X features a dual-camera array like the old iPhone 7 Plus, but also features optical image stabilisation – which can be very handy. Just as before, both cameras are 12-megapixel although one uses a wide-angled f/2.4 lens, and the other has f/1.8 glass for more portrait-orientated shots.

The Note 8 is pretty much the same, and has a dual camera too. There’s a f/1.7 12-megapixel camera for portrait-style shots, and another f/2.4 telephoto camera for everything else. Both cameras come with optical image stabilisation, but the iPhone also adds True Tone. First introduced in the iPhone 6, it makes pictures with the flash used look less col, and more natural looking. 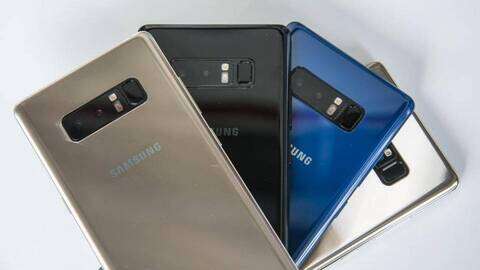 Hardware aside, both phones also feature something called “Live Focus”, which essentially allows you to tinker with things such as the bokeh after you’ve taken the shot.

Verdict: iPhone X wins. Both handsets feature impressive technology that will make your pictures even better. Whether you want to take pictures of people, places or things, the camera systems in either of these phones will serve you well. The specs are similar, too, although the iPhone X does give you the ability to take better portraits on its front-facing camera – so your selfies will look a little more professional.

Face ID uses your face to unlock your smartphone, although some people have suggested it can be unlocked by a picture. Either way, Apple says Face ID is much more secure than its outgoing Touch ID fingerprint reader.

Verdict: The Note 8 wins. Apple says Face ID is more secure than Touch ID, but many people will be uncomfortable using it – and apart from a traditional passcode, Apple isn’t offering any alternatives. In contrast, the Note 8 gives you four ways of unlocking your phone, including face detection, and therefore has to win here.

The iPhone X and iPhone 8 are the first Apple phones to have wireless charging, although the technology first appeared on Android phones years ago. The Samsung Note 8 has Samsung’s wireless fast-charging capability too.

Verdict: Note 8 wins. It’s great Apple has finally added wireless charging to the iPhone, but it’s a case of too little, too late. The Qi standard that the iPhone X uses is widely used, but much slower than the mature Samsung fast-charging tech that the Note 8 is compatible with. The one time we’d be happy for Apple to unveil its own proprietary version of a connection standard, and it doesn’t do it!

The iPhone X has a huge 5.8in screen, while the Note 8 has an even larger 6.3in display. The Note 8 uses one of Samsung’s impressive OLED screens, but for the first time ever, Apple’s iPhone uses OLED technology too. What’s more, the Apple screen also features a True Tone display, something which effectively “white balances” the screen to the surrounding light, to make colours look more natural.

Verdict: Note 8 just scrapes a win. The iPhone X’s OLED screen represents a watershed moment for the iPhone, because it’s the first time Apple has used the traditionally Samsung-associated tech. The result is a incredible screen, but one that is slightly smaller than the one on the Samsung Note 8.

Significantly, the Samsung’s screen also “falls off” the edge of the smartphone, making it that little bit more immersive. We have to give it the win here, just for that.

The Samsung Galaxy Note 8 pairs 6GB of RAM with the company’s Exynos 8835 chip, and until the iPhone 8 and iPhone X, it blew everything out the water. We’ve benchmarked the iPhone Plus, which has the same processor as the iPhone X – and it’s the fastest phone we’ve ever tested.

Verdict: Results don’t lie, especially when it comes to sheer performance – so the iPhone X has to take this win for this one. However, it’s unlikely you’ll really notice the difference between these handsets in day-to-day tasks.

The iPhone X costs £999 for a 64GB phone, or a £1,149 for a 256GB version. Meanwhile, the Note 8 costs £869 for a 64GB version, although that storage space can be expanded via memory card. So, both handsets are pretty expensive – but which one should you part with your cash for?

The iPhone X is the most exciting Apple smartphone in ages, because it gives us feature we’ve waited years for. However, there’s a huge catch – and that’s the enormous price of the phone. At £999, the 64GB version of the new iPhone is £130 more than the Note 8, and doesn’t do that much more.

In contrast, the Note 8 represents a far less exciting update for Samsung, but it’s hard to argue with its specs. Sure, it might not have the outright performance of the iPhone X, but it seems to deliver on everything else – from biometric security to camera performance.

As ever, this one boils down to which mobile operating system you prefer. If you’re an iOS fan, get the iPhone; if you’re an Android user, get the Note 8. If you don’t care either way, buy the Note 8 or wait for our full review of the iPhone X. 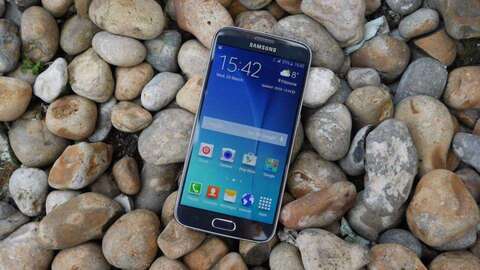 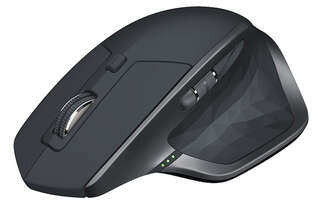 Key Points to Pay Attention to...