Microsoft has been increasing its efforts to get its software onto an ever more diverse portfolio of devices and operating systems, with the latest move being an agreement with Samsung and Dell last week to pre-install its productivity suite on selected Android tablets .

Cross-platform and on all devices 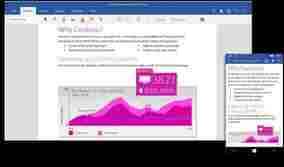 This forms part of Microsoft’s strategy to ramp up its Office activities across all desktop and mobile operating systems in recent months, instead of focusing on delivering products solely for its own Windows operating system. It’s part of a bid to regain market share and stem the rising tide of free alternatives such as Google Docs and Open Office.

Kirk Koenigsbauer, corporate vice president for the Office 365 Client Apps and Services team, summed the strategy up in a blog post when he stated: “Since the Office for iPad announcement last March, we’ve worked hard to bring the power of Office to every person, across every platform and device, so people can get things done on their terms.” 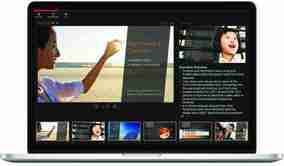 In early March, the company put out a preview of Office 2016 for Mac , which was a much needed update for the suite given that the last version (Office 2011 for Mac) was released in 2010. The product was also built to take advantage of unique features of Macs, instead of being a port from Windows. Significantly, the version for Mac was release before the Office 2016 for Windows preview , although this followed only a few weeks later .

The Office for Mac 2016 preview highlights another important point in this cross-platform/device approach: that the company is building its products specifically for certain operating systems , rather than adopting a one size fits all approach.

Koenigsbauer shared this in a blog post : “Similar to our recent announcements of universal Office apps for Windows 10 and Office for Android tablet, Office 2016 for Mac shares an unmistakably Office experience – but it is also thoughtfully designed to take advantage of the unique features of the Mac.”

This strategy of offering its software across all operating systems started in earnest with the relaunch of Office for iPad in March 2014 , at the same time that Microsoft announced that it would be making Office Mobile free for iOS and Android devices . While the individual iPad apps gained positive reviews, the Office Mobile versions didn’t fare so well. This then led Microsoft to release standalone versions of Word, Excel, and PowerPoint for both the iPhone and Android tablets, as well as make editing and creating free under the strapline “More of Office for everyone.”

When Microsoft unveiled Windows 10, it also took the wraps off a version of a touch-optimized version of Office designed specifically for tablets and phones. Microsoft is pre-installing the apps for free on phones and small tablets running Windows 10, and making them available to download from the Windows Store for other devices (which go all the way up to the Surface 3).

This is not the only change in strategy that Microsoft has been undergoing in recent months. It announced recently that it would be making Windows 10 available this summer as a free upgrade to users, as well as possibly making it available to pirated copies of the operating system (although this remains unclear). By building Windows 10 for phones on the same core as the desktop operating system, the company will also be hoping to finally make a mark on the mobile market.

These shifts in strategy could be down to the appointment of Satya Nadella as CEO or it may be a delayed reaction to the competition, but it seems like both a wise and pragmatic approach from the company.

What’s new in Office 2016 for Windows 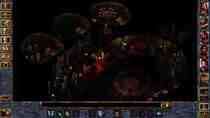