Nvidia has announced the Tegra K1 CPU, the company's latest generation mobile chipset, at its CES press conference. The chip, which has 192 CUDA cores and is based on the same Keppler architecture as its graphics cards, promises more graphics power than either the Sony PS3 or Xbox 360 . 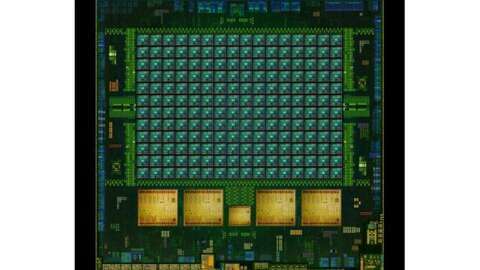 Tegra K1 will be launching in two variants; a 32-bit quad-core model, which like Tegra 4 uses four-plus-one ARM Cortex-A15 processor cores running at up to 2.3GHz for performance and energy efficiency respectively, and a custom Nvidia-designed 64-bit chip which uses twin Denver CPU cores which run at up to 2.5GHz.

Both chips will use a 192 core Keppler GPU for gaming performance that rivals home consoles. According to Nvidia, it supports DirectX 11, OpenGL 4.4 and tessellation, yet is 1.5x more energy efficient than existing mobile GPUs. It is already able to run Epic's Unreal Engine 4 - as seen in the video below.

"Over the past two decades, NVIDIA invented the GPU and has developed more graphics technologies than any other company," Jen-Hsun Huang, Nvidia's co-founder and CEO, said following the announcement. "With Tegra K1, we’re bringing that heritage to mobile. It bridges the gap for developers, who can now build next-gen games and apps that will run on any device."

We headed over to the Nvidia booth at CES to see what all the fuss was about and were pretty impressed by the technical demos that the company provided to play with. There were some bulky-looking prortypes about, but the main graphics demos were running on 7in tablets with design similar to the current Nexus 7 . 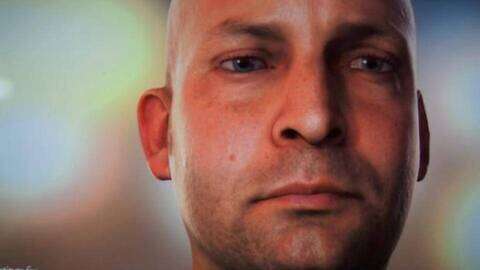 First up with this rather amusing gentleman, rendered at near-photo realistic levels with impressive texture detail and surface effects, you can zoom right in to see the hairs on his chin. Tap around the screen and he reacts with impressively life-like emotions. Obviously the K1 is using the majority of its power hear to render a single head, so don’t expect huge game worlds at this quality but it’s still impressive and not far off some of the demos we saw for next-gen consoles some months ago.

Other graphical demos included a procedurally generated landscape, which ran at 60 fps while you zoomed in and out of the hills and rivers on display. Plus there was a ray-tracing demo, with great-looking lighting and distortion effects from three glass cylinders, which you could then smash to pieces by firing a bullet through them. Finally there was a highly-detailed living room, again with spot-on lighting and some great-looking textures. Trine 2 was also running on one tablet and looked to be smooth and detailed, though the resolution and frame rate weren’t available.

Next up was a more practical demo, with the K1 decoding 4K video and outputting it simultaneously to two different displays. Both were running smoothly with no frame drops. The borad you can see on the left is a prototype K1 chip.

Also from a practical point of view we saw the K1 being fed a video from a car driving down a street (pre-recorded of course but the K1 wasn’t to know that). In real-time the K1 is analysing the video and identifying the edges of the lane it’s in and any vehicles in front of it. Using such data a car could then take emergency action to avoid a crash.

Nvidia expects the 32-bit Tegra K1 chip to arrive in the first half of 2014, but we'll be waiting until at least Q3 for the 64-bit version to arrive - potentially meaning we won't see hardware available to buy until the Autumn. Bizarrely, Nvidia has been busy promoting the new silicon in a slightly unusual way - by carving the chip's design into a crop circle. 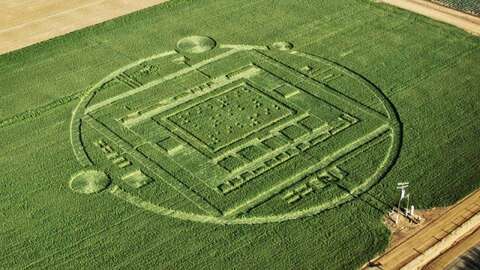 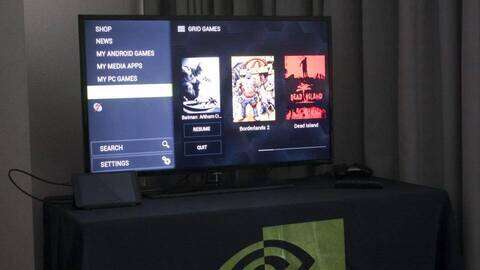 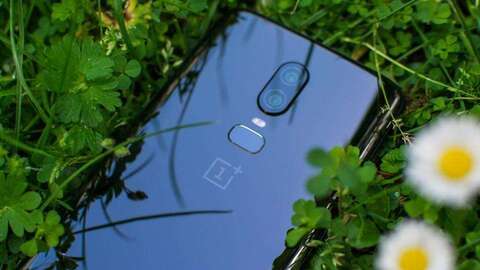