The June 2020 releases of Adobe Photoshop and Illustrator bring some small but significant enhancements, which enhance usability and add some useful new features.

Photoshop’s Select Subject technology has taken a big leap forward with a new algorithm that more intelligently selects tricky hair and cuts it from its background. Here’s a comparison of the two versions, with the Photoshop 2019 solution on the left and the new system on the right:

You can see how the original was largely unable to look inside loops of hair to remove the background there, a process that could be achieved only by manual selection within the Select and Mask dialog. Here’s another view of the two cutouts, this time showing the alpha mask produced by the process – again, with the new version on the right. It clearly shows the extent to which the technology has improved.

Photoshop now also brings the ability to rotate pattern fills, a feature which greatly extends their usability. Previously, patterns could only be placed as they were originally defined; rotating pattens meant laboriously placing an existing pattern, rotating it manually and creating a new seamless wraparound pattern from the result.

Auto-activation of fonts is now built into a Match Font menu option. When invoked, you select a font in the document by adjusting a rectangular selection around it, and Photoshop will attempt to match it. If it can’t find exactly the font you used it will first attempt to find a close match from fonts installed on your system, then provide a list of instantly accessible Adobe Fonts for download. Note that Photoshop can only find Adobe Fonts in this way: the font used in this document had been downloaded from dafont.com, and Photoshop was unable to identify it. 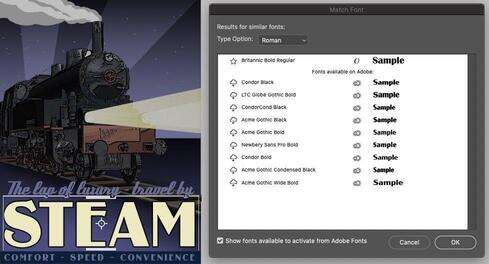 The Camera Raw module inside Photoshop has had an overhaul, bringing it more closely in line with Lightroom. Rather than each adjustment section appearing as a separate tab, they’re now in a scrollable list that you can open or close at will. When you open it you have two layout options: either with multiple RAW files appearing in a filmstrip along the bottom of the window and the ability to open multiple adjustment panels at once, or the filmstrip vertically at the side with just one panel open at once and the others automatically closing. You can toggle each adjustment on and off by holding the eye icon next to each, making it easier to compare before and after views of the changes you’ve made.

The aim is to provide greater discoverability, and to encourage experimentation by quickly being able to disable effects. The new approach will confuse seasoned ACR users at first, but it’s a clear improvement; and the ability to copy and paste settings between multiple open RAW images brings the Photoshop implementation even close to Lightroom.

The main new feature in Adobe Illustrator is the increase in overall speed, with documents opening ten times faster than in previous versions. There’s also a huge boost when moving or scaling complex artwork, to which you may have added raster effects such as glows and shadows. Previously, this sort of artwork would display only as wireframes while being scaled; now, you can see the full artwork during the transformation process with real-time rendering as you work.

This real-time view also applies to the updated Free Distort tool, so for the first time you can get a true preview of the distortion while you adjust the corner handles.

In line with recent changes to Photoshop, Illustrator can now save documents to Creative Cloud as well as storing them locally on your computer. This gives you the ability to work on them from anywhere, as well as making document sharing that much more straightforward. Saving as a Cloud document allows you to track previous versions of your file, with the option to label and revert to them at will. The promise of being able to access Illustrator files “including when it’s available on the iPad” suggests that a mobile version of Illustrator may not be that far away.

The Canvas size has been increased a hundredfold, which means you’re now able to create huge artwork – for billboards, for example – at “actual size.” In the example below, the artwork is displayed to fit in window at a scale of just 0.31%, which means it’s a size that was previously impossible to achieve. 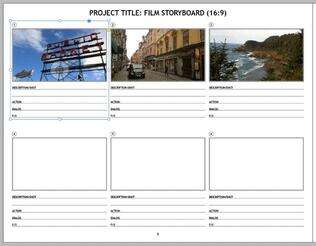 InDesign Template of the Month:... 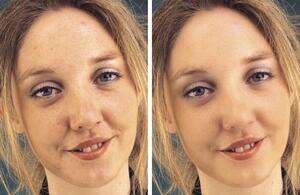