The much anticipated all-electric IONIQ 5 (you know, the one from Hyundai) will come with an extra perk for the American drivers. 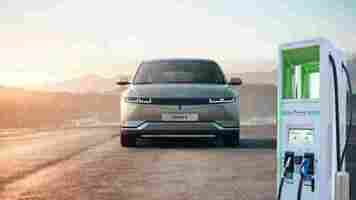 Electrify America announced yesterday an agreement with Hyundai to give owners two years of unlimited charging at the company’s stations. That is so long as the sessions don’t last more than 30 minutes a time.

The two years of free charging will begin on the date of purchase and apply to both purchases and leases.

The 30-minute limit might sound like a restriction, but it’s really not. Electrify America provides DC fast charging, and with a 350-kWh charger the IONIC 5 can charge from 10% to 80% in just 18 minutes.

In fact, this is the second similar partnership between Electrify America and Hyundai. Earlier in March, they announced 250 kilowatt-hours of free complimentary charging for owners of 2021 Kona Electric and IONIQ Electric models . This amounts to approximately 1,600km of free driving.

Just last week , I called bullshit on the 2025 launch date for the rumored Apple Car. I say rumored as Apple has never publicly confirmed that they are actually making an autonomous electric vehicle. 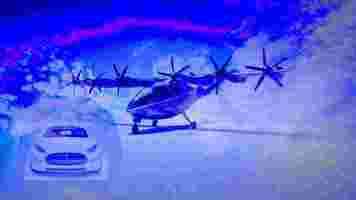 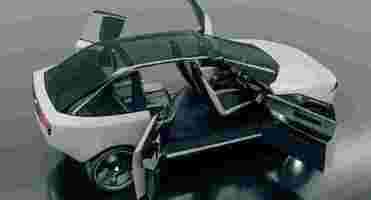 One of the issues I raised is that Apple hiring Christofer “CJ” Moore , previous director for Tesla’s Autopilot software, is not necessarily a sign of project progress. Apple’s had a revolving door for staff retention at Project Titan.

Therefore I wasn’t surprised to hear this week that three Project Titan employers have left Apple. Even better, they’ve departed for the sunnier skies of eVTOLs, as in electric vertical take-off and landing aircraft.

Why move from Apple ‘iCar’ into aviation?

So why the shift to aviation? While I’m not a tea leaf reader when analyzing people’s career shifts, I have a few thoughts.

Let’s face it, if you want to work on the next mode of transport (considering I’m not counting on a hyperloop going live anytime soon), my bets are on vertical take-off and landing (VTOL) aircraft (or hydrogen VTOLs ).

2021 has been an excellent year for eVTOL funding with Archer aviation , Joby, and their competitor Lilium, going public through ​​ special purpose acquisition companies aka SPACs . While the numbers weren’t necessarily as high as anticipated, they still retain strong market interest.

Earlier this year, United Airlines placed an order for $1 billion of Archer’s aircraft with the option to buy additional ones for $500 million of aircraft.

Further, if we talk about personnel bringing valuable expertise and experience, I’m equally interested in the appointment of Paul Rinaldi.

He’s a former President of the National Air Traffic Controllers’ Association (NATCA), to Joby’s Advisory Board.

His appointment is a huge boon in terms of certification, scaling manufacturing, and laying the groundwork for planned initial passenger operations in 2024.

It’s been a cat and mouse game between Joby and Archer as to who will be the first to receive FAA eVTOL certification.

Last week, Archer announced it had achieved a Special Airworthiness Certificate from the Federal Aviation Administration (FAA) covering its Maker demonstrator aircraft. This is the final threshold to begin off-ground operations. Thus, Archer remains on track to conduct its first hover flight test in the coming weeks.

Given the momentum we’re seeing in eVTOLs , it might not be that surprising talented people are jumping on the bandwagon. We’ll likely see them take the skies in next two to three years, although most likely just for cargo at first.

But that definitely supersedes any Apple car timelines — if we ever see a car at all. So changing teams makes sense.

Scottish trainiacs to convert an old locomotive to hydrogen power

Even though there are lots of renewable powered electric trains in existence, some still believe that hydrogen might be the answer for future locomotive travel.

Fuel cell experts in Scotland are going to give it a try this year, and if all goes to plan, we will see the country test its first hydrogen powered train by November, Intelligent Transport reports .

Scottish Enterprise, Transport Scotland, and the Hydrogen Accelerator from the University of St Andrews are working with hydrogen fuel cell experts Arcola Energy to bring the project to life.

Perhaps the best bit is that engineers are going to convert an existing ScotRail locomotive, rather than building an entirely new train.

“Our Rail decarbonization Action Plan sets out to make our passenger railways emissions free by 2035, but to maximize our climate change ambitions, there is also a requirement to look at what we do with retired stock. If we can bring those back into use in a carbon-neutral way, there are huge climate gains to be made.”

If successful, it could lead to dramatic reductions in CO2 generated during the production of the new energy vehicle. The conversion comes as a test to see what else the country can do to reach its goal of decarbonizing rail travel by 2035. 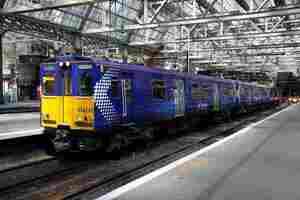 Engineers now say they will have the train finished within 10 months and that it will form a centerpiece at the UN’s COP26 climate conference to be held in Glasgow in November.

Scotland won’t be the first to put it into practice though. Germany got some of the first custom-built hydrogen trains back in 2018.

What makes Scotland’s experiment so unique, is that it’s taking an existing train, gutting its old hardware and reusing its rolling gear. In a world where we need to emphasize reusing and recycling, it’s certainly setting a good example.