This brilliant new voting algorithm would have predicted Hillary’s loss 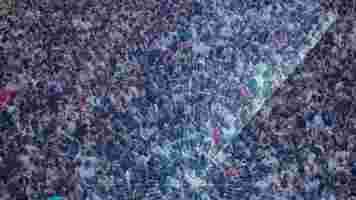 A 2002 National Geographic survey demonstrated that only about 17% of adults in the US could point to Afghanistan on a map. And this was less than a year removed from the 9/11 terrorist attacks, so you can be certain the Middle East was splayed across 24-hours news networks ad infinitum .

You’d be forgiven, then, if you didn’t think highly of the so-called “wisdom of crowds.”

Up front: Remember when the New York Times and everyone else predicted about an 85% chance that Hillary Clinton would win the 2016 US presidential election?

Well, that’s because everybody and their mother said they were going to vote for Hillary Clinton. Nobody took the scattered millions here and there who said they weren’t very seriously.

When people were asked who they thought was going to win the election , almost all of them answered: Hillary Clinton.

We should have been asking them to give their opinion on how other voters were going to answer that question.

Background: Researchers at Princeton University came up with a paradigm called the “surprisingly popular answer” that apparently outperforms other crowd wisdom models.

It works by asking an objective question such as, is Philadelphia the capital of Pennsylvania? And then you also ask, will most other people answer yes or no?

People familiar with US geography will know that Harrisburg is the capital, so the correct answer is “no.”

And people from Pennsylvania (as well as students of human nature) will know that a lot of people who aren’t from the state are going to get that one wrong.

The outcome of the survey will, according to the paradigm, clearly show that the correct answer is a surprisingly popular answer.

This might not sound ground-breaking, but when researchers applied math models to algorithms using the surprisingly popular answer paradigm, they found a marked increase in accuracy.

What’s new: A lot’s changed since 2017 in the AI world and the surprisingly popular answer paradigm has gotten a massive upgrade.

According to a new press release , this one from Pennsylvania State University, researchers have figured out how to use SP on ranked lists.

This means it’s as efficacious at finding ground-truth rankings, in order, as it is at predicting the answer to a yes/no question.

Quick take: Crowds can be stupid, but trying to figure out which individuals are and aren’t subject-matter experts or trustworthy representatives of their population can be as political an exercise as running for office.

We need a method by which people in a crowd who know what they’re talking about can be heard louder than those who don’t – but one that doesn’t rely on identity to discern who deserves consideration.

You can read the Pennsylvania team’s whole research paper here .

There’s no proof you’re going to die. Don’t take that the wrong way; there’s a lot of evidence. But proof is for math, and death is only certain in retrospect. 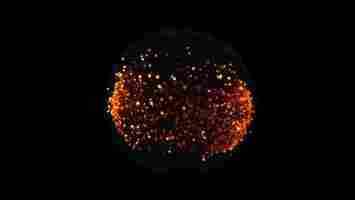 That’s why any research that pushes the boundaries of what we can observe, test, and replicate when it comes to the wacky world of quantum mechanics is exciting. Spooky action at a distance could be our ticket to immortality.

Per a report from Science Alert’s David Nield:

Entanglement is a property of quantum mechanics wherein one particle can be made to respond to the stimulation of another particle, where they’re separated by distance.

In other words: if you entangle two particles and tickle one of them, they both laugh.

What’s interesting here is that the researchers managed to entangle tiny aluminum drums. They observed the entanglement across the drums by measuring vibrations.

In essence, a drummer on one stage played their drum and the sound simultaneously teleported to a drum on the other side of the stage. This is what physicists hope to accomplish with quantum communication networks: unhackable, instant communication via teleportation. 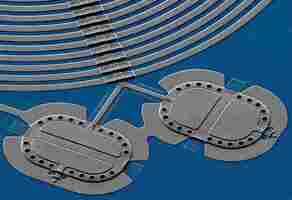 This work goes a long way towards bridging the gap between quantum and classical physics. If we continue to increase the scale at which we can perform observable feats of quantum mechanics, we’ll eventually slip the classical realm entirely.

Once we reach the point where, for example, we can entangle entire planets , it’ll hardly be worth distinguishing between classical and quantum physics.

But before we achieve planet-scale teleportation technology, it’s likely we’ll find other interesting uses for entanglement. The core idea here is that, theoretically, information can be sent between any number of entangled objects across any distance.

This begs the question: can two neural networks become entangled? If we look at the aluminum drums in the aforementioned research, it seems possible. Think about two entangled drum kits with lots of different drums and cymbals, all being played by the same drummer.

If those drum kits are just tiny neural networks meant to output jams, then we can imagine them scaled all the way up to billions and billions of drums.

The human brain is thought to be an organic neural network. Scientists believe it functions much like the kind of neural networks AI developers use to imitate art or create DeepFakes.

Our brains are much more complex, of course. But it stands to reason, if we can imagine entangling a planet or a neural network: why couldn’t we entangle our brains with each other’s or with an artificial neural network?

What if you could just “share” your consciousness across multiple networks? Ultimately, if one of those networks failed, or the computer it ran on stopped functioning, couldn’t you just replace that machine and keep trucking?

Or what if we could use quantum entanglement to mesh our minds with someone else’s brains, like a Vuclan mind meld? Perhaps we could even grow blank brains to replicate our consciousness in through entanglement in case our first brain malfunctions.

This speculation is, unfortunately, not grounded in reality. The fact of the matter is that we haven’t quite unified classical and quantum physics. Scientists believe a feature of quantum mechanics called decoherence would present a massive roadblock towards maintaining a consciousness in the quantum realm.

This was noted by Shuld et al., back in 2014 in a pre-print paper discussing quantum neural networks (QNNs):

This isn’t to say it isn’t possible, but it’ll take more than just scaling quantum experiments to figure out how to get our minds into spare brains or onto chips.

How to build your own meme generator with machine learning

In this article, I’ll show you how I built a system called AI-Memer that generates memes using the latest AI models. I start with a high-level description of the system components before getting into the background of memes and details of the components. I’ll then show you how to generate your own memes using the Google Colab, here . After a brief discussion of results and next steps, you can see some sample memes in the appendix. Oh, and I’ll show a newly generated meme at the head of each section. 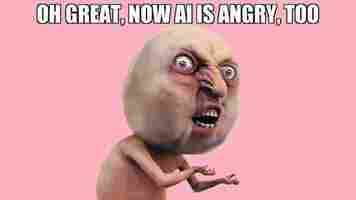 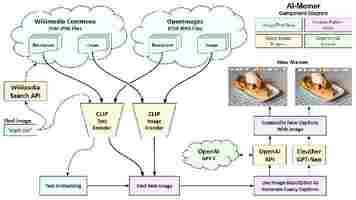 The user starts by entering a search query to find a background image, like “apple pie”. The system then checks for matching images in Wikimedia Commons and the OpenImages dataset . Both datasets have corresponding text descriptions of the images. I use the CLIP encoders from OpenAI to first perform a semantic search on the text descriptions. A semantic search looks for matching concepts, not just a word search. I then perform a semantic search on the images. The user checks out the top 10 images that match the query and selects their favorite. Either the GPT-3 model from OpenAI or the GPT-Neo model from EleutherAI is used to generate 10 possible captions. The user selects the best caption to create the new meme, which can be downloaded.

What are memes, again?

The Wiktionary defines the word meme as “any unit of cultural information, such as a practice or idea, that is transmitted verbally or by repeated action from one mind to another in a comparable way to the transmission of genes.” The term originated in Richard Dawkins’ book, The Selfish Gene . In the age of the Internet, the term meme has been narrowed to mean a piece of content, typically an image with a funny caption, that’s spread online via social media.

Here’s what others created before me

Dylan Wenzlau created an automatic meme generator using a deep convolutional network. He used 100M public meme captions by users of the Imgflip Meme Generator and trained the system to generate captions based on 48 commonly used background images. You can read about his system here , and run it online here . Here are three examples:

These are pretty good but the system is limited to use only common background images. I was looking for a way to inject a set of new images into the memesphere.

All source code for this project is available on GitHub . You can experiment with the code using this Google Colab . I released the source code under the CC BY-SA license .

If you create any memes with AI-Memer and post them online, please mention the project and add a link to this article.

I would like to thank Jennifer Lim and Oliver Strimpel for their help with this project.

This article by Robert A. Gonsalves was originally published by Towards Data Science . Robert is an artist, inventor, and engineer in the Boston area. Don’t forget to check out more of his generated memes in the appendix here .